Jeff Bezos has wanted to buy an NFL team for a long time. He might now have his chance. 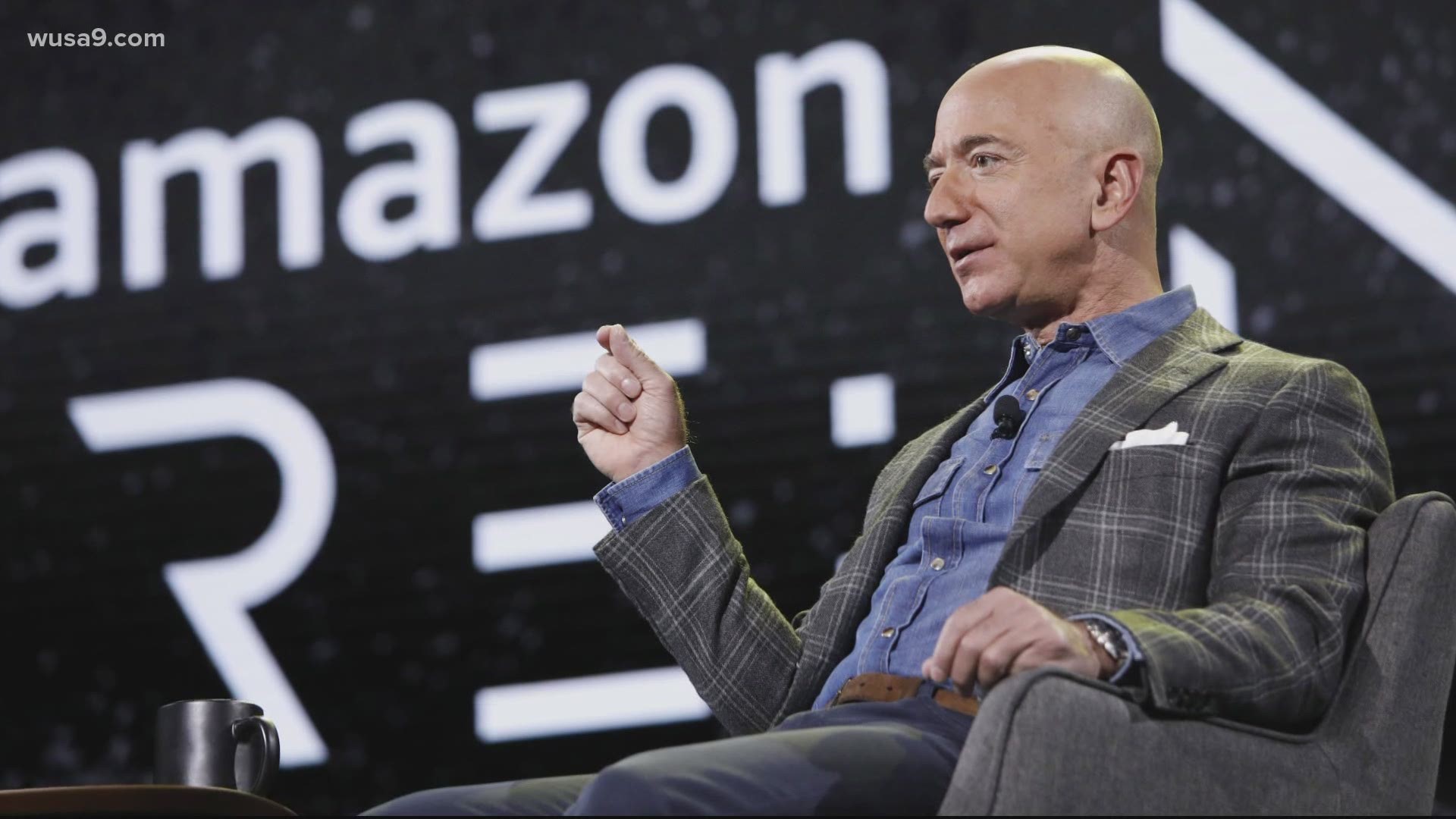 WASHINGTON — With the minority owners of the Washington Football Team looking to sell their interests in the team, a local resident appears to be kicking the tires.

According to reports, Jeff Bezos has spoken with the banking firm that is handling the sale.

The Amazon founder has long expressed an interest in owning a team, and he obviously has enough money to make it happen.

If the sale was to go through, he would just be a minority owner. Dan Snyder would still own the team. But Bezos being a part of the team, as well as the NFL, could be a winning play for everybody involved. Maybe Bezos could influence the running of the team in a positive way.

Right now, it’s all just talk. But anytime you’ve got a person involved who can write a check that big? You’ve got to take them seriously.

It would be interesting to see what type of branding could come from this. A new team name, maybe? How about The Primes? The Amazonians? Or The Deliverymen? That could be a D.C. Thing.

RELATED: Dan Snyder probably won't sell the Redskins, but the NFL could force him to

RELATED: Amazon founder Jeff Bezos to step down as CEO later this year

RELATED: Amazon founder Jeff Bezos to step down as CEO later this year