REVIEW: 'Disney's The Lion King' pleasing to fans of original

ATLANTA — "Disney’s The Lion King" is a treat for all: music aficionados will enjoy phenomenal soundtrack, visual purists will have their breath taken away by amazing set pieces, and movie buffs will have a new look at a childhood classic.

This movie is a good, albeit safe, reboot from the 1994 film. Not many changes as far as the script goes, but there is a small new tweak on the meaning of “the kingdom”, as the voice of James Earl Jones bellows to a young Simba the importance of understanding the difference between ruling the empire and protecting it.

There’s also heavy focus on the Circle of Life, as director Jon Favreau takes multiple scenes to show us how each animal is intertwined in the purpose of the others. It’s a refreshing breather from the formulaic mode of storytelling.

The music, man the music. Going in, I felt that this would be the litmus test for this movie. The original soundtrack is undefeated, and the placement is infallible. How this 2019 version managed to top that is beyond me. The first thing that stood out was the inclusion of authentic African instruments and sound effects. This very simple and subtle addition allows viewers to be drawn into this beautiful world Favreau has built.

Donald Glover, Beyonce, and Billy Eichner deliver a new rendition of ‘Can You Feel the Love Tonight’ (even though it’s filmed in the daytime) that is just so melodic and beautiful.

‘Just Can’t Wait to be King’ is phenomenal with rising stars JD McCrary as young Simba and Shahadi Wright Joseph as Young Nala.

Even the extended version of ‘The Lion Sleeps Tonight’ is a banger with the addition of all the small ensemble parts. 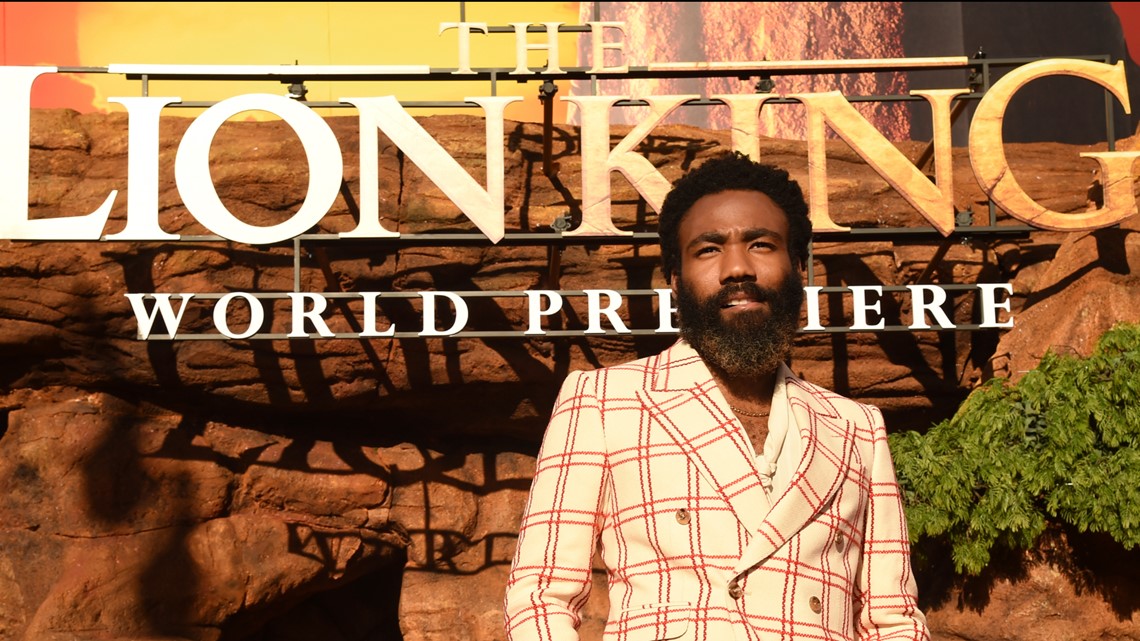 And speaking of ‘The Lion Sleeps Tonight’, Timon and Pumbaa, voiced by Broadway star Billy Eichner and actor Seth Rogan, absolutely steal the show. From the first literal run-in, to the infamous live bait runaway scene, they showcase an authentic chemistry and perfect comedic timing, just like mid 90s film. Each actor was able to bring a their own voice to the iconic characters while embodying the spirit of the originals. And then there’s the James Earl Jones, doing what he does best. Mufasa’s presence is felt as strong as ever.

One of my few quips is that I don’t know how 6 year old me would feel watching this movie. If I could point out a negative, it would be that the “magic” in the emotion of the characters is lost in the beautiful renderings of these life-like animals. It’s almost too realistic. When we see Simba watch Mufasa fall from the top of the gorge (uh.. spoiler alert I guess?), the emotion that should be written over his face is completely absent. This is understood as he is, yanno, a lion cub. But it’s moments like that, and really any showcase of pure emotion that you may remember, that is missing from this movie.

Overall, I would definitely recommend checking this movie out. It’s such a beautiful scenic depiction of Africa, accompanied with a soundtrack that just fits. It’ll allow you to reminisce of the first time watching "The Lion King", this time with a new lens. As a huge fan of the original, this one works.

How to audition for the next season of 'The Voice'