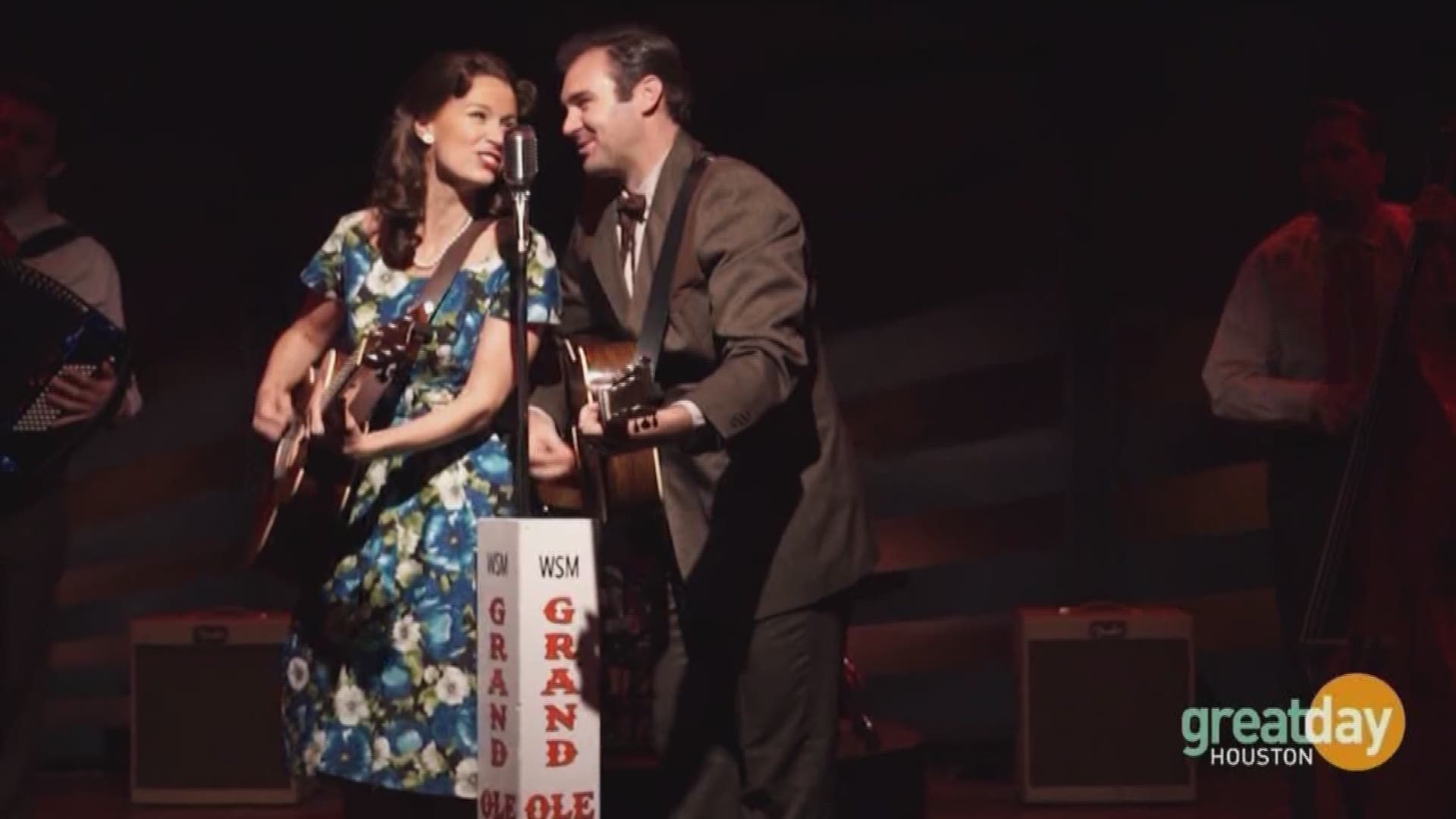 Ben Hope and Katie Barton, a real-life married couple, play Johnny and June Carter Cash in “Ring of Fire: The Music of Johnny Cash” playing now at Stages Repertory Theatre, www.StagesTheatre.com. Having previously performed in “Hank Williams: Lost Highway” in 2011 and “Woody Sez: The Life & Music Of Woody Guthrie” in 2017, Ben and Katie are no strangers to the Houston scene. This musical tells the story of Johnny Cash through song lyrics and words from his autobiography. It also features 3 other cast members who all play their own instruments, acting as various people that were in Johnny’s life, including family members and bandmates. “Ring Of Fire” is playing now through September 2, and tickets start at $25. Attend the show to hear hits like “I Walk the Line,” “A Boy Named Sue,” “Folsom Prison Blues” and, of course, “Ring of Fire.” Keep in touch with Stages Repertory Theatre: Facebook Twitter Instagram