Susan Christian with the Mayor's Office of Special Events chats with Deborah Duncan about the Thanksgiving Day Parade. 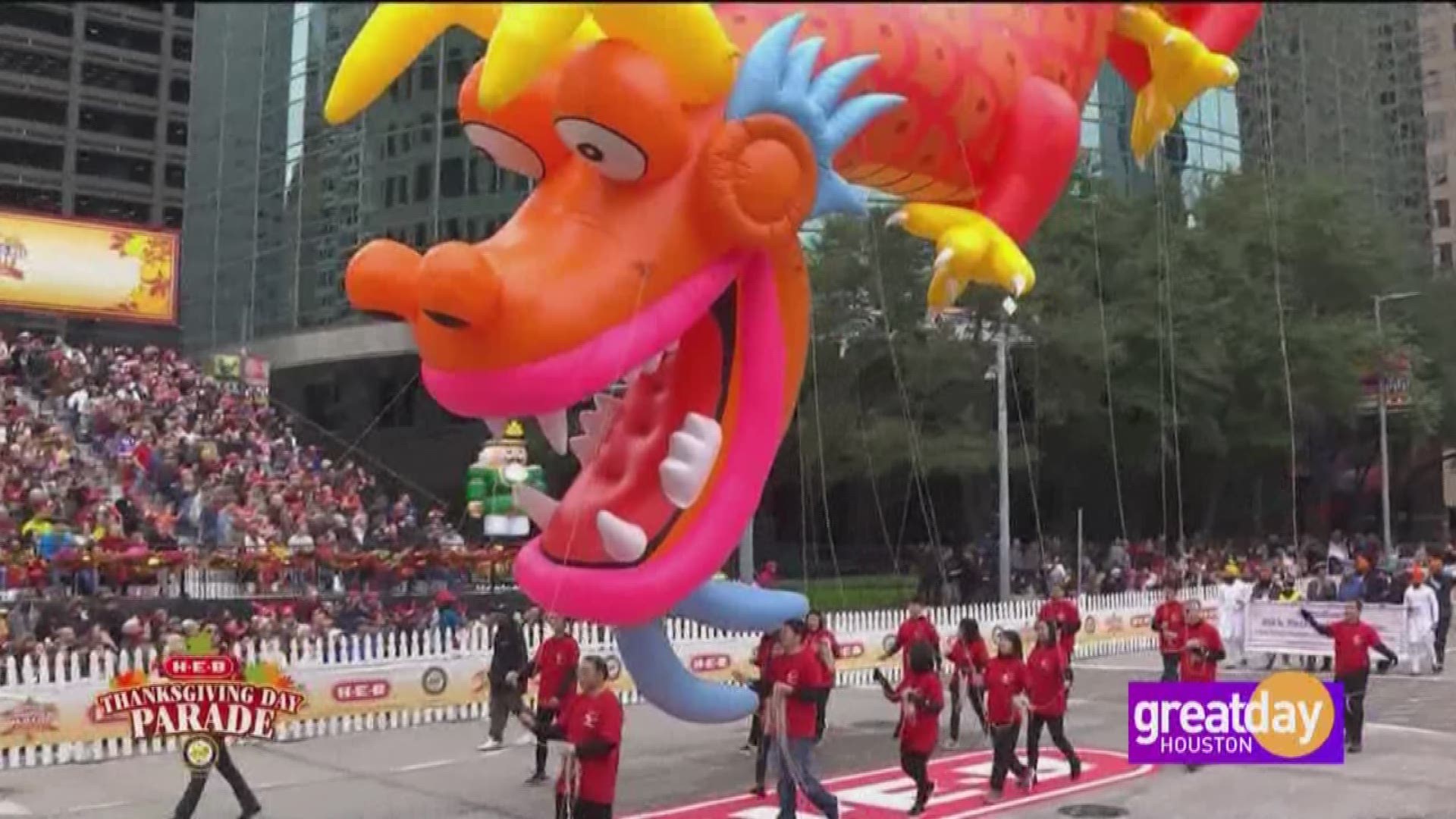 Join us Thanksgiving morning, November 28, 2019, at 9:00 a.m., for the H-E-B Thanksgiving Day Parade. The Parade is located in downtown Houston and is FREE for all. For those who would like to purchase general seating, there is an opportunity to do so on this page that will post November 2019.