Actor Jeremy Swift talks about the new season of "Ted Lasso" and why the creative arts are so important. 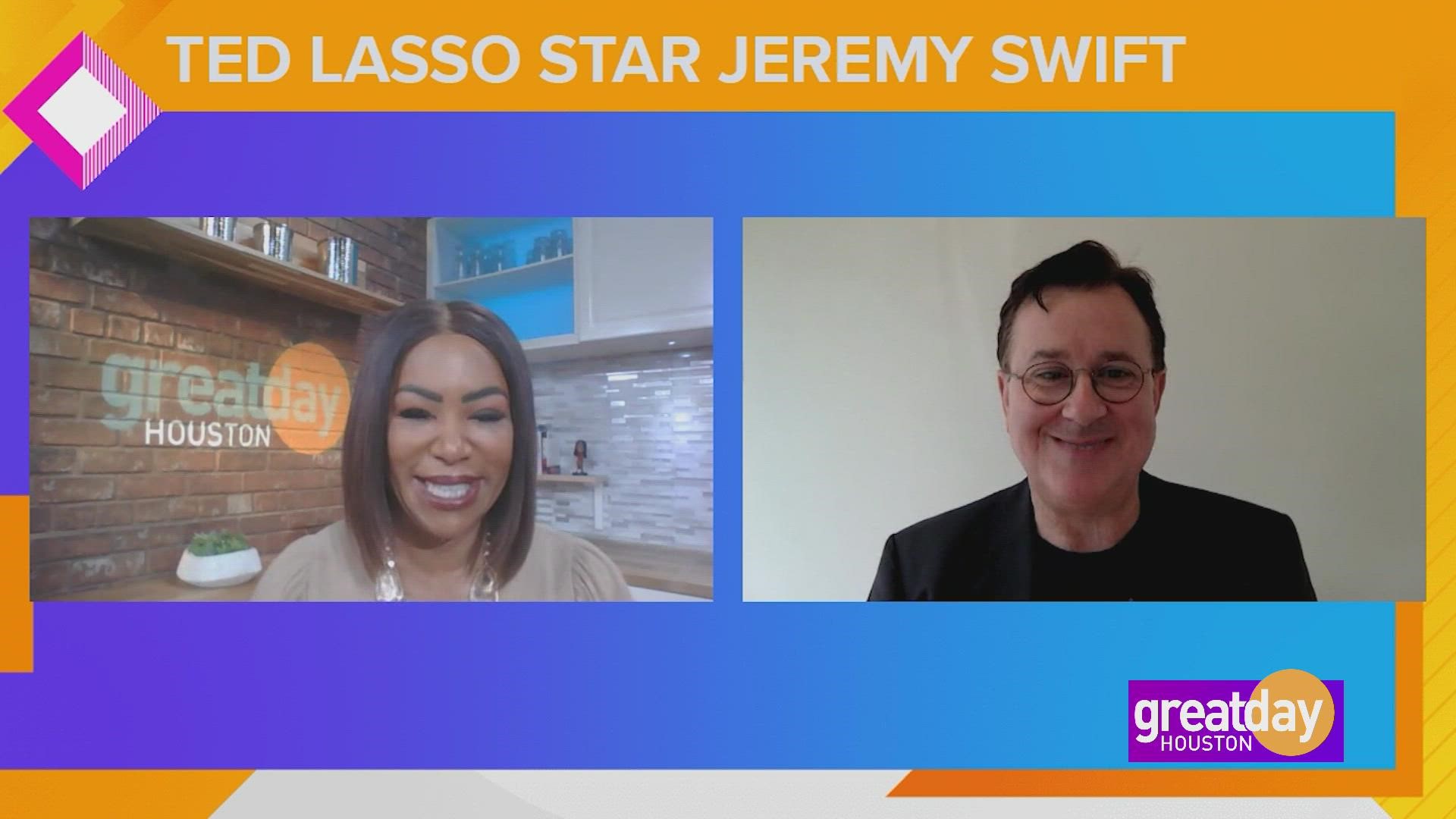 HOUSTON — Actor Jeremy Swift stars as "Leslie Higgins" in the Apple TV series, "Ted Lasso". His work in the show has led to a nomination for a Primetime Emmy for Comedy Actor in a Supporting Role.

He caught up with Great Day Houston ahead of the Emmy Awards, to discuss the latest season of "Ted Lasso" and why the creative arts are so important, especially today.

The 73rd Primetime Emmy Awards will air this Sunday at 7 pm on KHOU 11. For more information, click here.