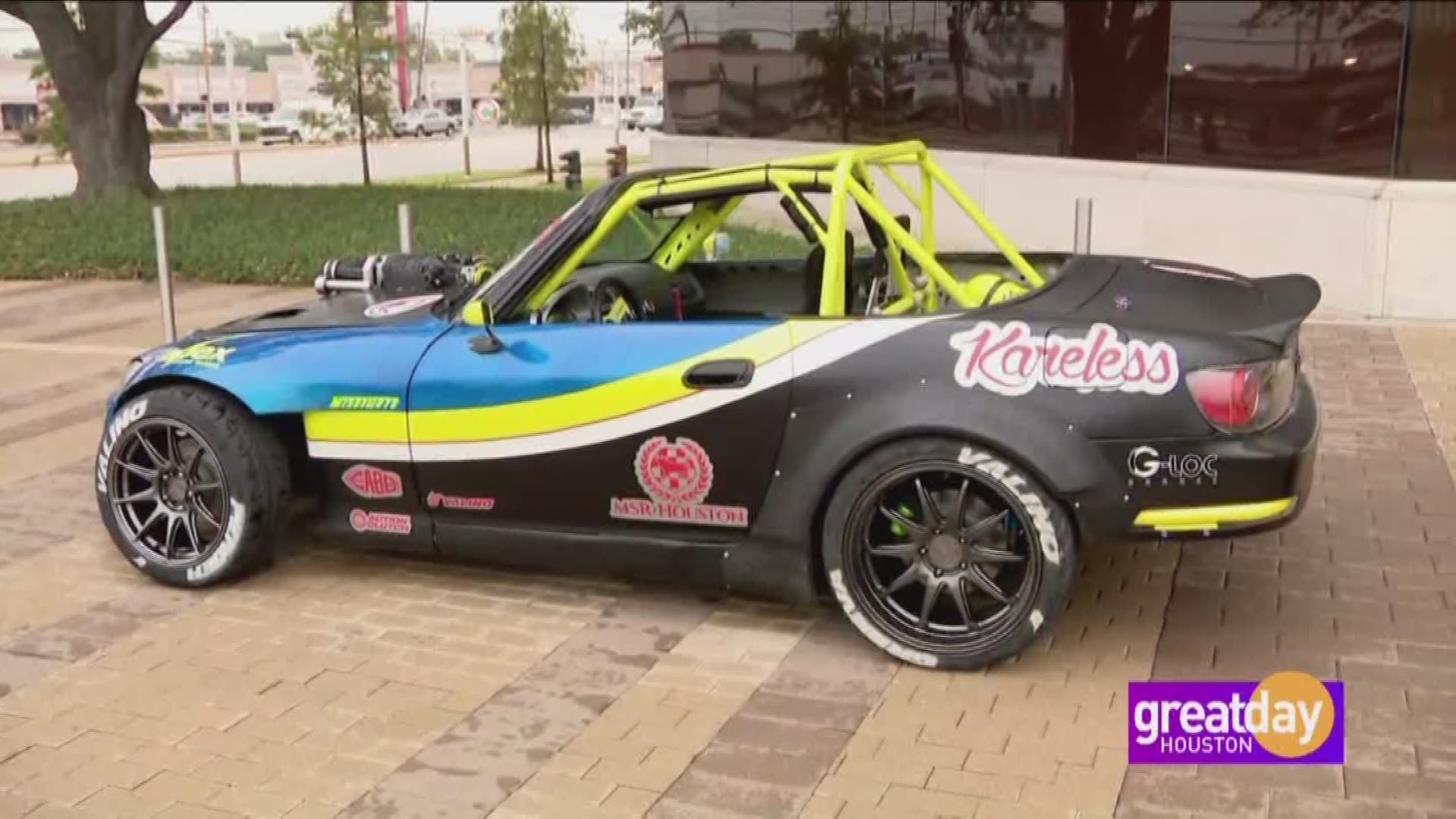 HOUSTON — Eighteen customized vehicles across the United States have been chosen to participate in the Hot Wheels Legends Tour.  Two Houston area residents are finalists and one could win the grand prize of having their life-size vehicle immortalized as a Hot Wheels toy car.

Jeff Kurtz, from Richmond, grew up collecting Hot Wheels and loved cars so much he pursued it as a career.   Kurtz loves racing and customized his 2002 Honda S-2000 into a Pro-Am Drift Car, that he calls "Drift2K".  He changed the four-cylinder engine to a V6, added a supercharger, and specially designed steering.

Ron Fehring was always good at mechanics and was always swapping motors and transmissions in vehicles when he was young.  Fehring's truck was originally bought by his younger brother at age sixteen.  The pair worked together on the truck as a way to bond.  His brother passed away at age 21. Fehring kept the truck, took it apart and planned to put it together again one day.  Thirty years later, Fehring and some friends worked on getting the truck back together.  It was an engineering feat, as Fehring had to design a lot of pieces so it all adapted together.  Fehring's vehicle "Luv Truck" has the body of a 1972 Chevy Luv truck, 1957 Crossland motor, 1967 Oldsmobile Toronado transaxle, and 1986 Corvette brakes and suspension.  Fehring believes that the "greatest reward in life is the accomplishment of a difficult task".

Both Kurtz and Fehring will attend the SEMA Show in Las Vegas where the winner of the Hot Wheels Legends Tour will be crowned.