A Penn Quarter restaurant pays it forward | Most DC Thing

Punjab Grill has been feeding the homeless in Franklin Square since March 14. 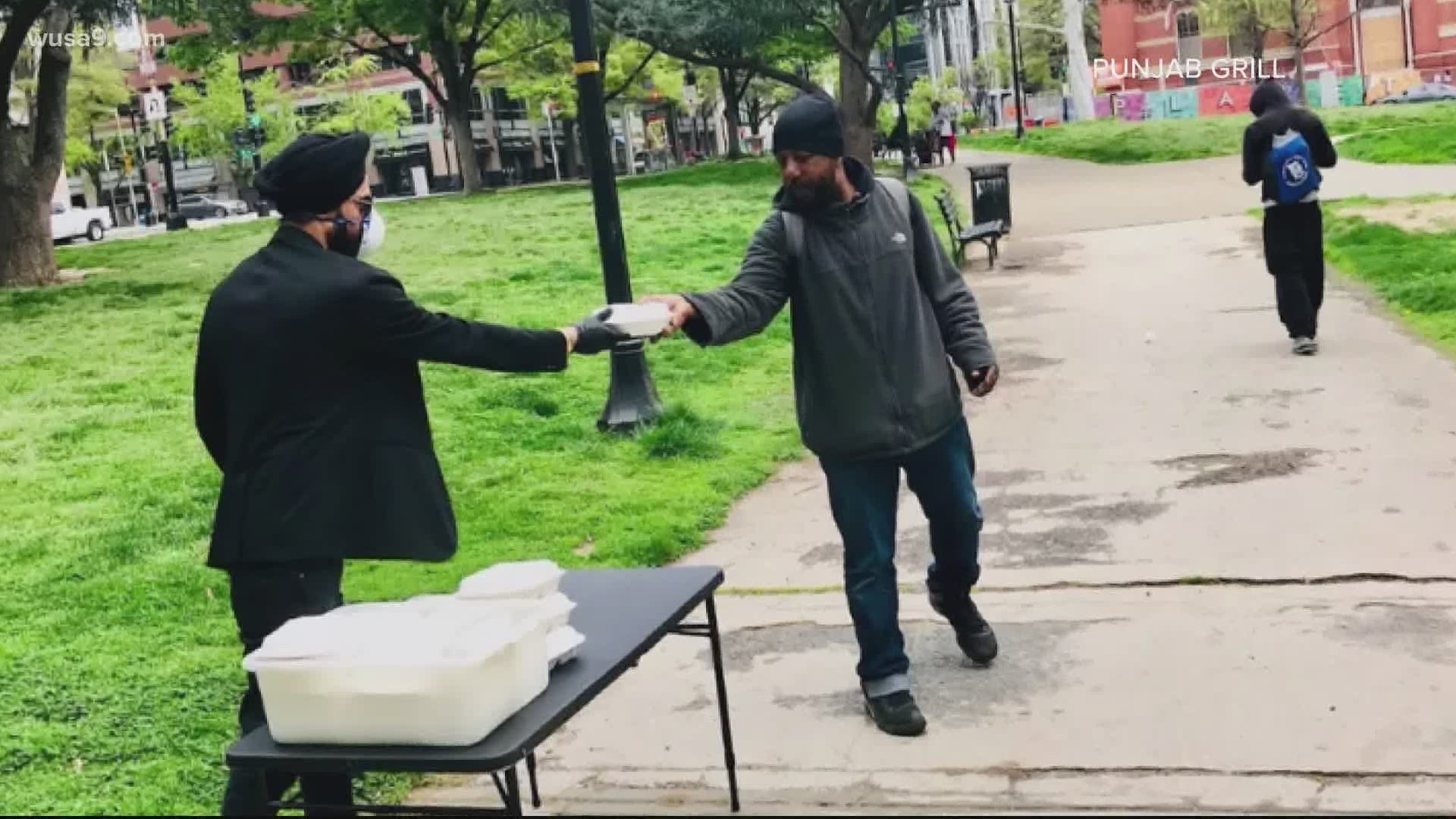 When the restaurant closed its doors in March thanks to the COVID-19 pandemic, they began creating languar, which is a large community meal, and handing out free meals to homeless people almost every day in D.C.’s Franklin Park. They have been serving lunches to 25 to 30 people experiencing homelessness per day just about every day since March 14.

This charitable and commendable practice has a long history in the Sikh community. Languar is a free meal traditionally offered in Sikh temples, and the ritual represents equality. Its roots are historically based in a rejection of the caste system in India. In the gurdwara, which is the Sikh place of worship, the kitchen preparing and serving the meal is supported by community volunteers regardless of whether they are Sikh or not.

It is a beautiful tradition being extended to those who need it right here in D.C. by the staff of Punjab Grill.

This is today’s Most D.C. Thing because it is an example of a successful D.C. business giving back to the most vulnerable residents of the city during an especially tough time. The dedication and compassion shown by everyone at Punjab Grill, as well as the volunteers who have seen them giving out meals and stopped what they were doing to help speaks to the kind of people that live and work in the Nation’s Capital.