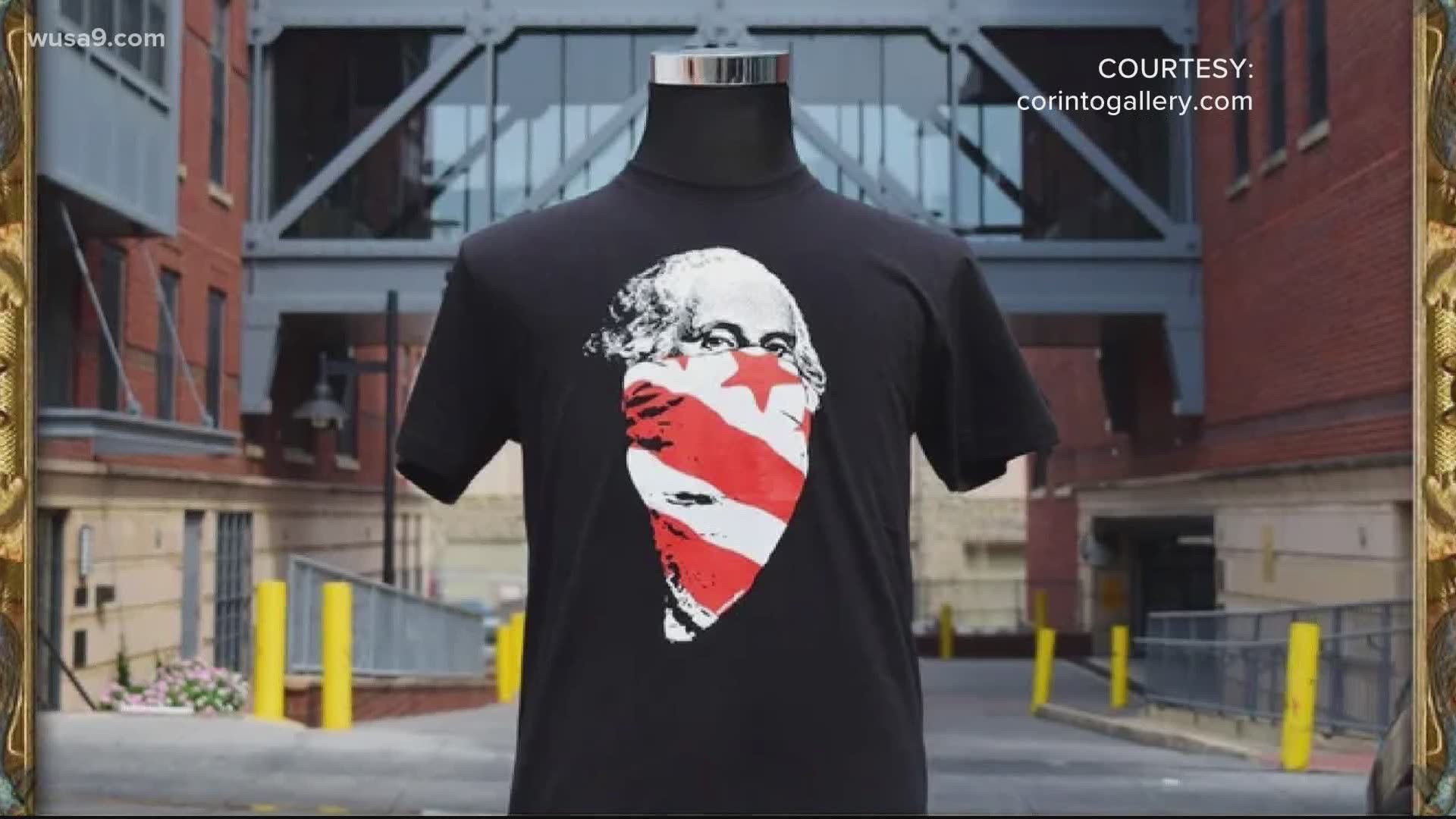 WASHINGTON — Today’s Most DC Thing comes courtesy of Josue Martinez, an artist and the owner of Adams Morgan’s Corinto Gallery. During her Democratic National Convention appearance on night two, Mayor Muriel Bowser appeared on screen wearing his T-shirt design, featuring George Washington wearing the D.C. flag as a mask. As a result, orders for it have surged.

While it looks like it may have been made to address the coronavirus pandemic, the shirt actually predates it by a few years. The flag covering George Washington’s mouth is actually a statement on the District’s lack of a voice in Congress. Like most great art, its meaning has been interpreted in many different ways by those who view it. The one thing that all of these interpretations have in common is that they all resonate with people in a powerful way. It speaks to, and for, D.C.

From Black Lives Matter, Mayor Bowser announces that DC casts one vote for Sanders and 43 for Biden all while wearing a t-shirt of a masked George Washington. pic.twitter.com/MIA1WFYejd

This is the Most D.C. Thing because we have the Mayor of the city choosing to wear a T-shirt created by a D.C. artist and business owner on national television in front of millions of people. She looked great in the shirt and Josue Martinez’s Corinto Gallery is seeing new business as a result of the ultimate free plug. Any way you slice it, it’s a win for D.C.

RELATED: Here's what you need to know about the shirt Mayor Bowser wore on night 2 of the DNC