Greg Kelley docuseries 'Outcry' to premiere on Showtime this Sunday

The series was originally supposed to have its world premiere at this year's SXSW festival. 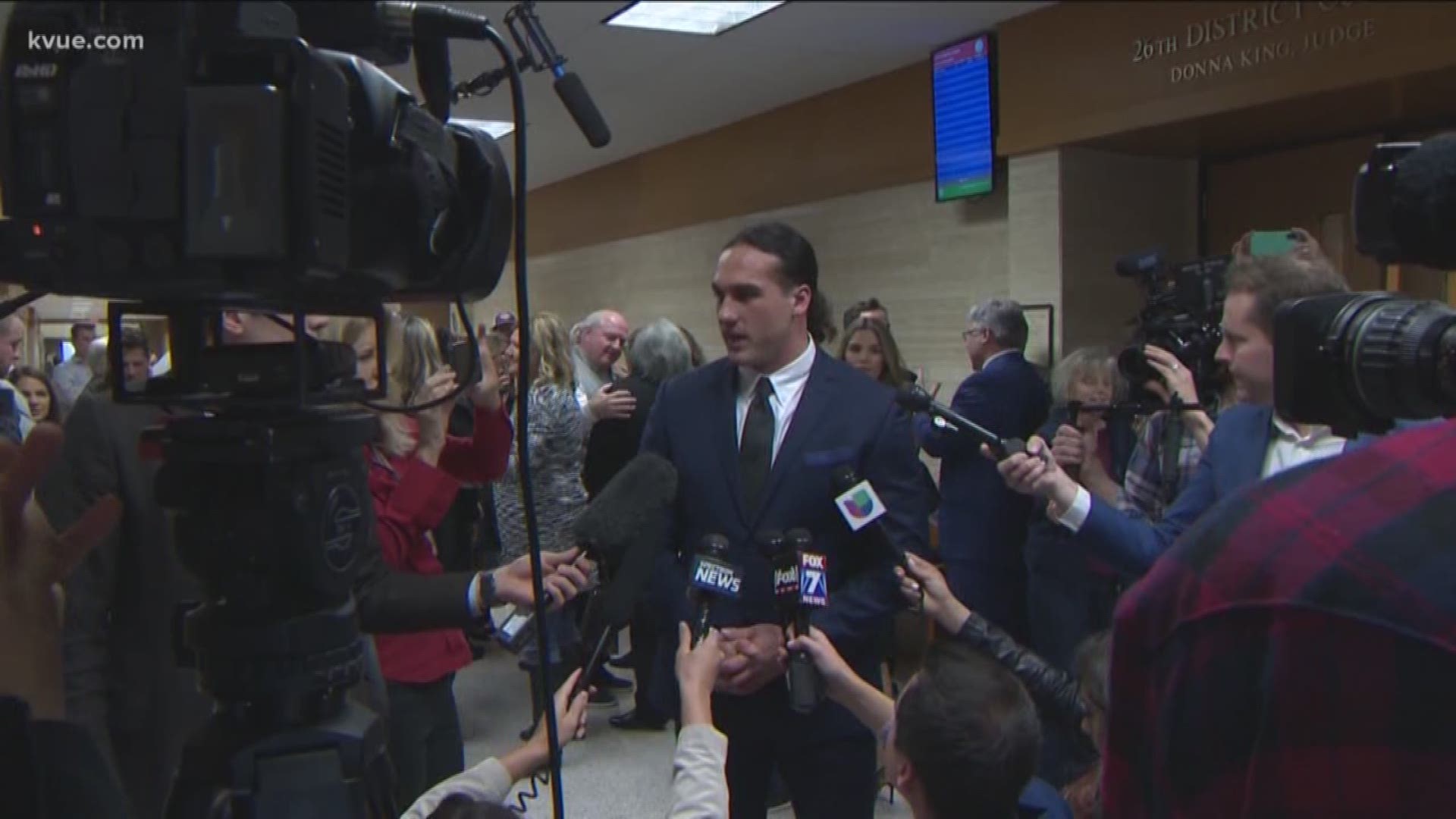 The new docuseries centered on Greg Kelley will premiere on Showtime this Sunday, July 5.

"Outcry" follows the story of Kelley, a former Leander High School football star who was accused of sexually assaulting two children in 2013. Kelley, who was 18 years old at the time of his arrest, was convicted of sexual assault and sentenced to 25 years in state prison. But new evidence caused his case to be reopened in 2017, and his conviction was eventually overturned in November 2019.

The five-part series was originally supposed to have its world premiere at this year's SXSW Festival on March 14, ahead of its television premiere, but the festival was canceled due to COVID-19 safety concerns.

"Outcry" follows the three years after Kelley's conviction, the support he received and the major players on both sides of the appeal process, as they work to expose the truth.

Kelley's story was followed closely by KVUE, and Daybreak Anchor Bryan Mays makes an appearance in the series' trailer.

You can read a timeline of Kelley's case here. A little over a month after he was exonerated, Kelley was admitted to the University of Texas at Austin. Six months after his conviction was overturned, he filed a lawsuit against the City of Cedar Park and two law enforcement officials over his wrongful conviction.

The first episode of "Outcry" premieres on Showtime at 9 p.m. Sunday.