Round 3! Dave Chappelle is performing again in Houston on Thursday night 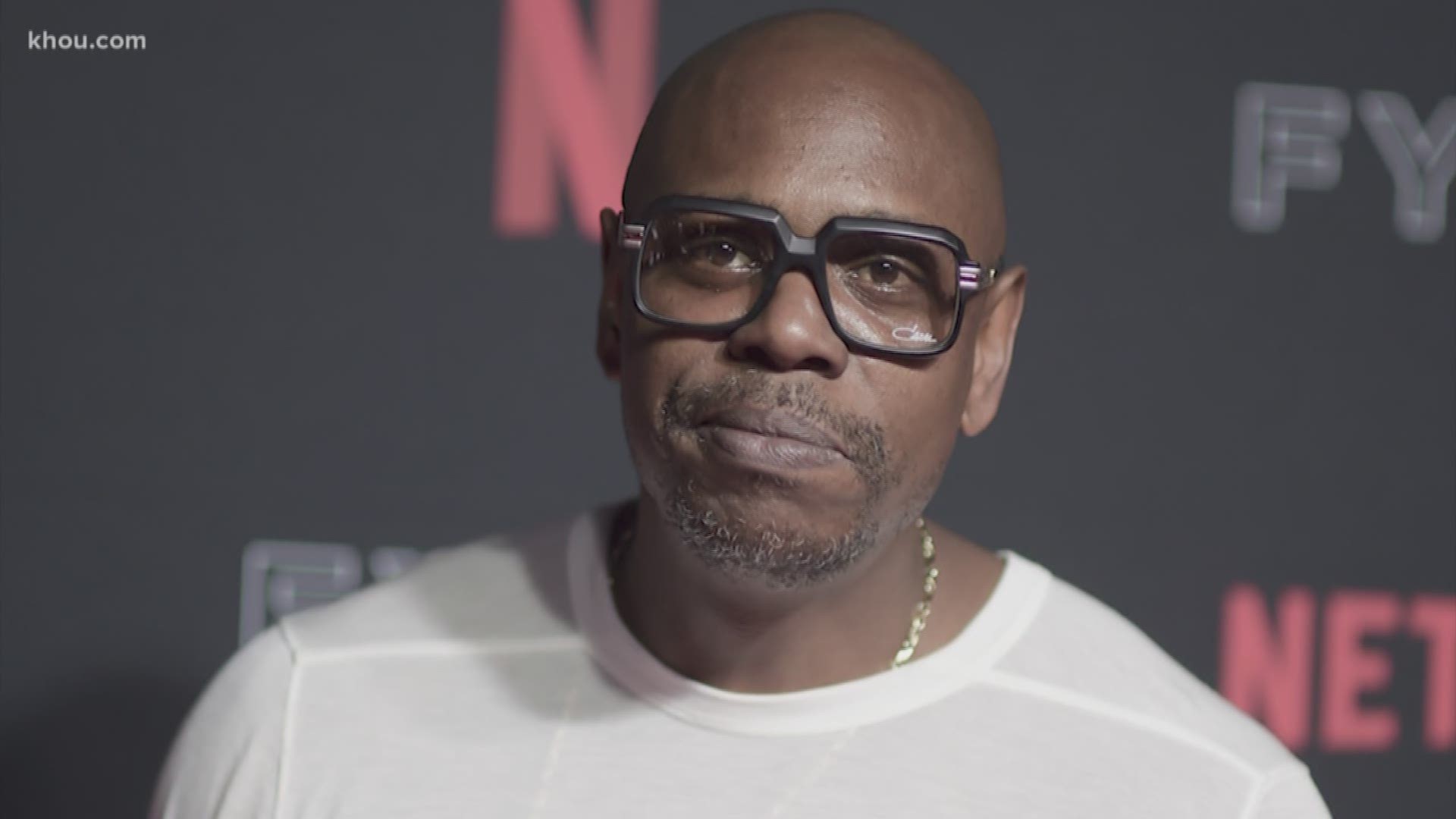 HOUSTON — Dave Chappelle fan will get another chance to see the comedian if they missed out on his two shows at the House of Blues this week.

The House of Blues have announced a third show for Thursday night.

Tickets again go on sale to the public at 3 p.m. Wednesday, the venue posted on Facebook. The House of Blues is hosting Chappelle in the Bronze Peacock Room with the show set to begin at 10 p.m.

The House of Blues published the following about the comedian: "Dave Chappelle has become one of the most distinctive voices in comedy with his laser-precise views on race, class and popular culture. His rocket to international stardom came in 2003 with the groundbreaking 'Chappelle's Show,' a half-hour blend of sketch, stand-up and musical guests."

More recently, Chappelle was criticized for his Netflix specials with Vice reporting "You Can Definitely Skip Dave Chappelle's New Netflix Special Sticks & Stones." "The comedian doubles down on misogyny and transphobia in both the special and the hidden bonus scene that follows," Vice reported.

If you want a ticket to Thursday night's show be warned: there will be a very limited number available. The House of Blues website says the Bronze Peacock Room only hosts 200 for a reception event, 100 for a banquet and only 125 in a theatre seating format. Some fans said Tuesday they were the 2,000th person in the 'digital line' for tickets.