Six Flags promises to bring thrilling new rides with a "Wahoo Wave Slide" and other major enhancements coming in 2019. 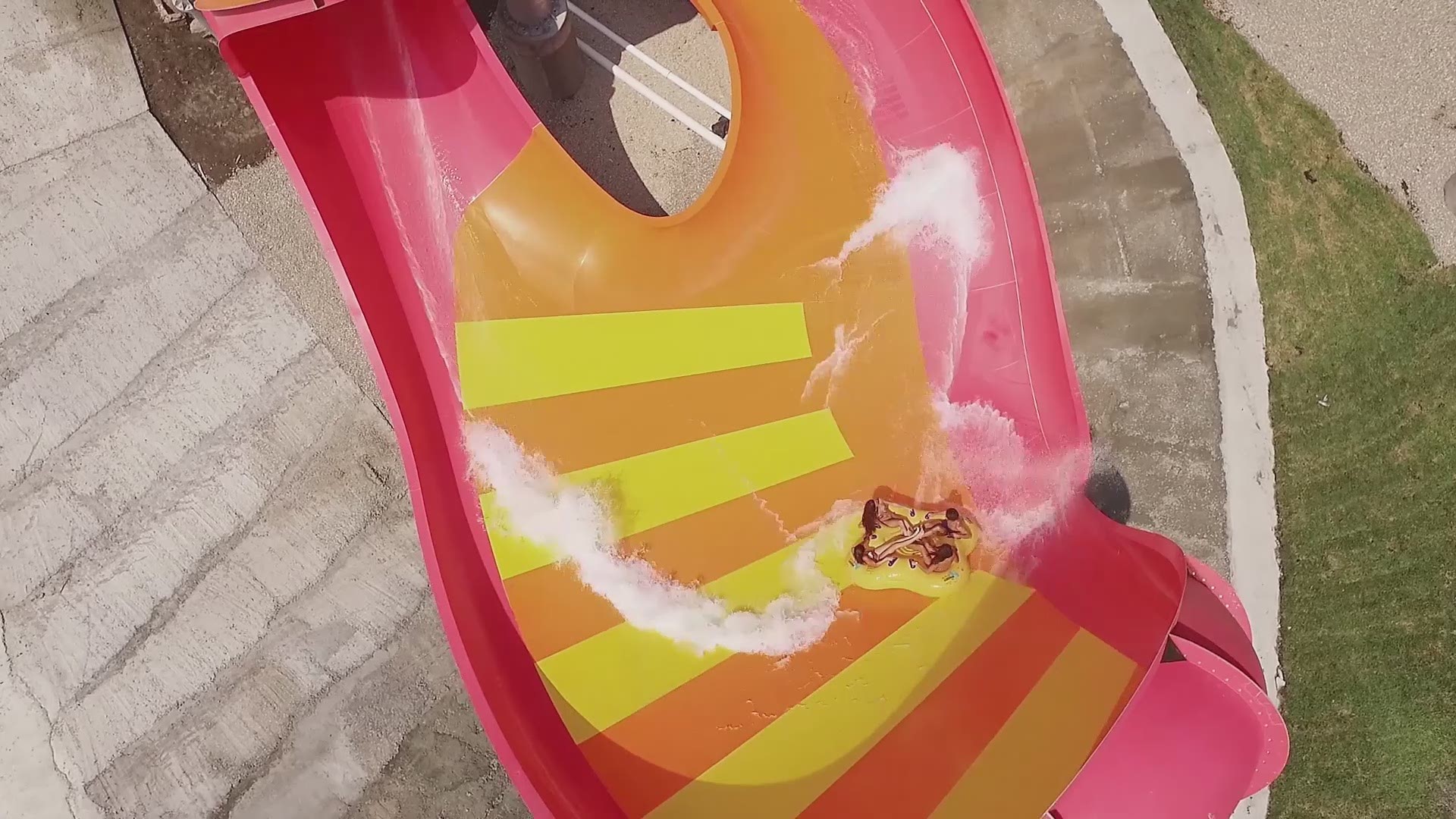 When the park opens for the 2019 season it will also feature several enhancements, including over 40 slides and attractions, Six Flags says.

A press release from the company on Tuesday says the waterpark is Houston's largest and will now have a six-story waterslide called "Wahoo Wave." The park will also have new Caribbean theming and improvements throughout the venue.

Six Flags purchased the Spring waterpark in the summer of 2018 along with four other parks across the country.

Six Flags says, "this adrenaline-packed adventure sends four riders into near vertical motions to experience extended hang times and zero g-forces. Riders plunge 30 feet straight down before sweeping up at high speeds as they arc across the top of a massive water wall, virtually defying gravity before descending into a refreshing pool below."

New features and the opening date

"The 48-acre park will also feature a bold, new marquee and new, Caribbean-inspired theming and custom signage throughout. Improvements also include re-imagined ride entrances, along with dining and retail locations. Six Flags Hurricane Harbor Splashtown opens for the 2019 season on May 4."

Six Flags 2019 Memberships and Season Passes are currently on sale. For more information, visit the Membership Sales Center or go online to sixflags.com/splashtown and sign up.