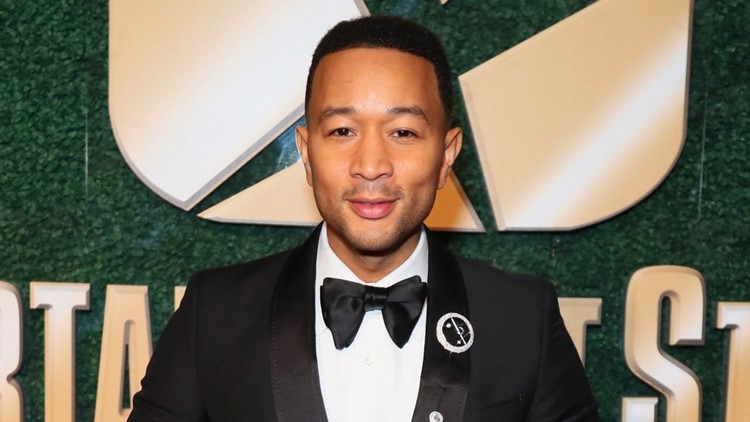 John Legend Is Hoping to Add 'Sexiest Man Alive' to His EGOT Status: 'The EGOTSMA'

The Grammy-winning singer known for his silky-smooth vocals was revealed as this year's winner Tuesday night on NBC's "The Voice." He serves as a coach on the singing competition series with Gwen Stefani, Kelly Clarkson and Blake Shelton.

Legend tells the magazine in an issue out Friday the honor comes with some pressure after following Idris Elba, who was last year's winner. He jokes it "is not fair and is not nice to me!"

Shelton, who was named Sexiest Man Alive in 2017, announced Legend's honor on "The Voice." The country singer then handed Legend some short shorts with bedazzled letters "EGOTSMA" to signify the singer's many honors: an Emmy, Grammy, Oscar, Tony and now, Sexiest Man Alive.

Other recent winners include Dwayne Johnson and David Beckham.

"I want to thank Blake Shelton," Legend said. "I observed every move he made, every utterance that came from his mouth and I think some of it rubbed off on me.

Legend said his wife is proud of him.

"I've finally impressed her," he said.