The 225,282-ton Allure of the Seas is 40-percent bigger than the cruise ships currently in Galveston. 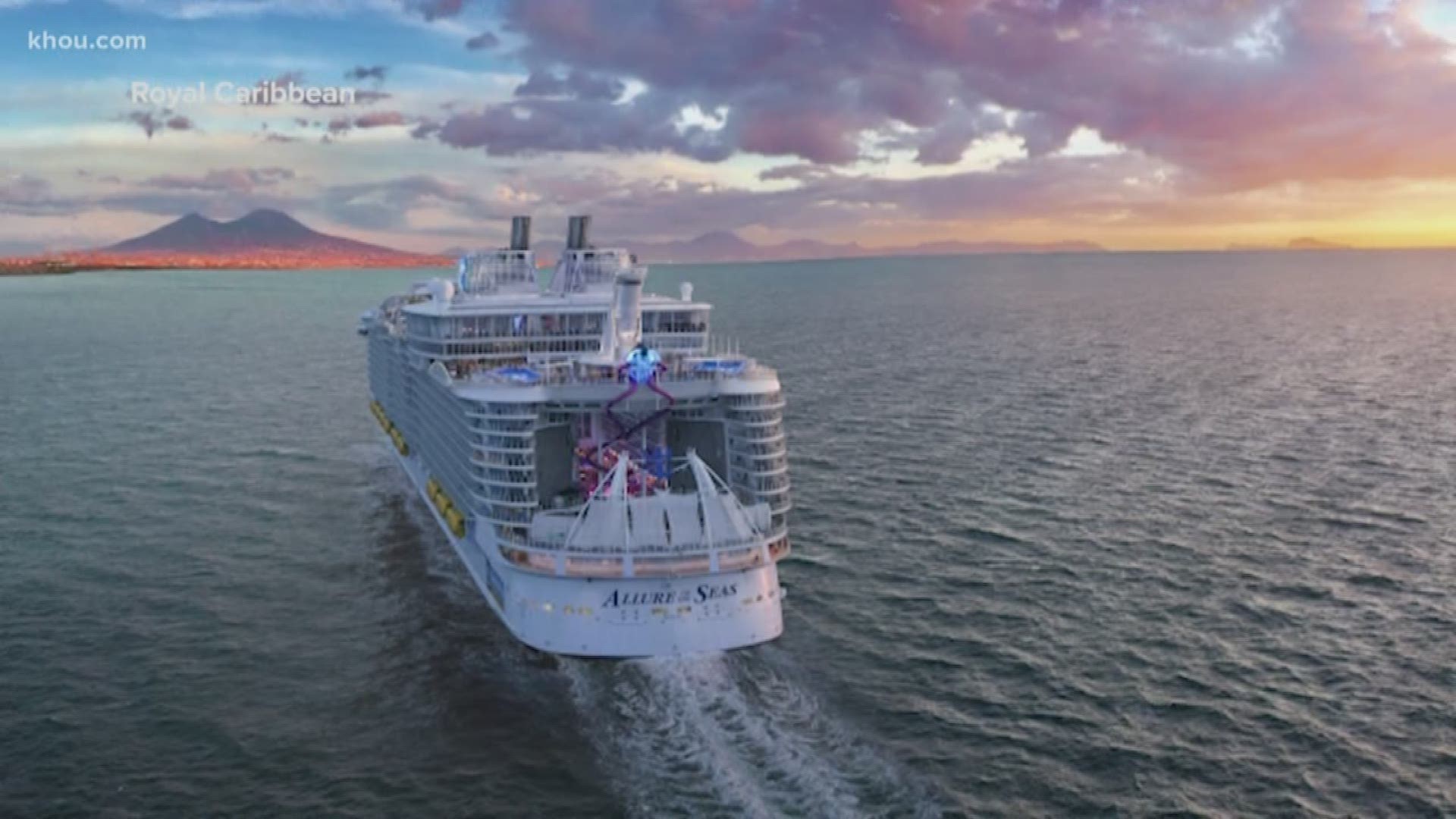 GALVESTON, Texas — A massive, award-winning cruise ship is coming to Galveston. Royal Caribbean confirms its newly-renovated Allure of the Seas will begin sailing out of Galveston in November 2021.

It’s 40-percent bigger than the cruise ships currently in Galveston.

The Allure has won awards for Best Large Cruise Ship, Best Entertainment and Best Individual Ship, according to Royal Caribbean.

The newly-amped up version will offer more bars than any other cruise ship, along with four pools, an ice-skating rink and a massive spa.

The $165 million improvements will include the tallest slide at sea with a 10-story plunge and The Perfect Storm, a trio of multistory waterslides.

The cruising business continues to boom in Galveston, growing by 13 percent in 2018.

Earlier this month, the Port of Galveston, signed a long-term contract with Royal Caribbean that includes a new $100 million terminal. RCL will build the terminal, then lease it from the port.

“We are excited to partner with the Port of Galveston to develop a world-class facility which will allow us to sail our newest, largest and most innovative ships from Texas starting with Allure of the Seas, one of the largest ships in the world,” Michael Bayley, president and CEO, Royal Caribbean International. “The new terminal will allow us to increase our guests to the region by 50% generating a $100 million economic impact within the first year of operation.”

Construction of the 10-acre, two-story terminal is scheduled to begin next April and be finished by the fall.

RELATED: Too good to be true? We put bargain cruise prices to the test

RELATED: VERIFY: Do you need a passport if you're going on a cruise?

“This is historic moment, not only for the port but for Galveston. This partnership will bring economic growth to the region and the state by generating new jobs, spending and tax revenues. It also will bring more visitors to the island, a popular tourist destination,” said Port Director/CEO Rodger Rees. “Galveston is on course to become a global destination for cruising, and we are thankful for partners like Royal Caribbean.”

Allure will sail 7-night Caribbean itineraries from Galveston and will be the biggest and boldest ship sailing form the Lone Star state, Royal Caribbean says.

The port is already home to Royal Caribbean’s Enchantment of the Seas and Liberty of the Seas.