Mayor Turner at Travis Scott show: 'We want to bring another amusement park back to Houston'

Do you think a city as large as Houston should have an amusement theme park? Here's what Mayor Turner had to say at last night's Travis Scott show. 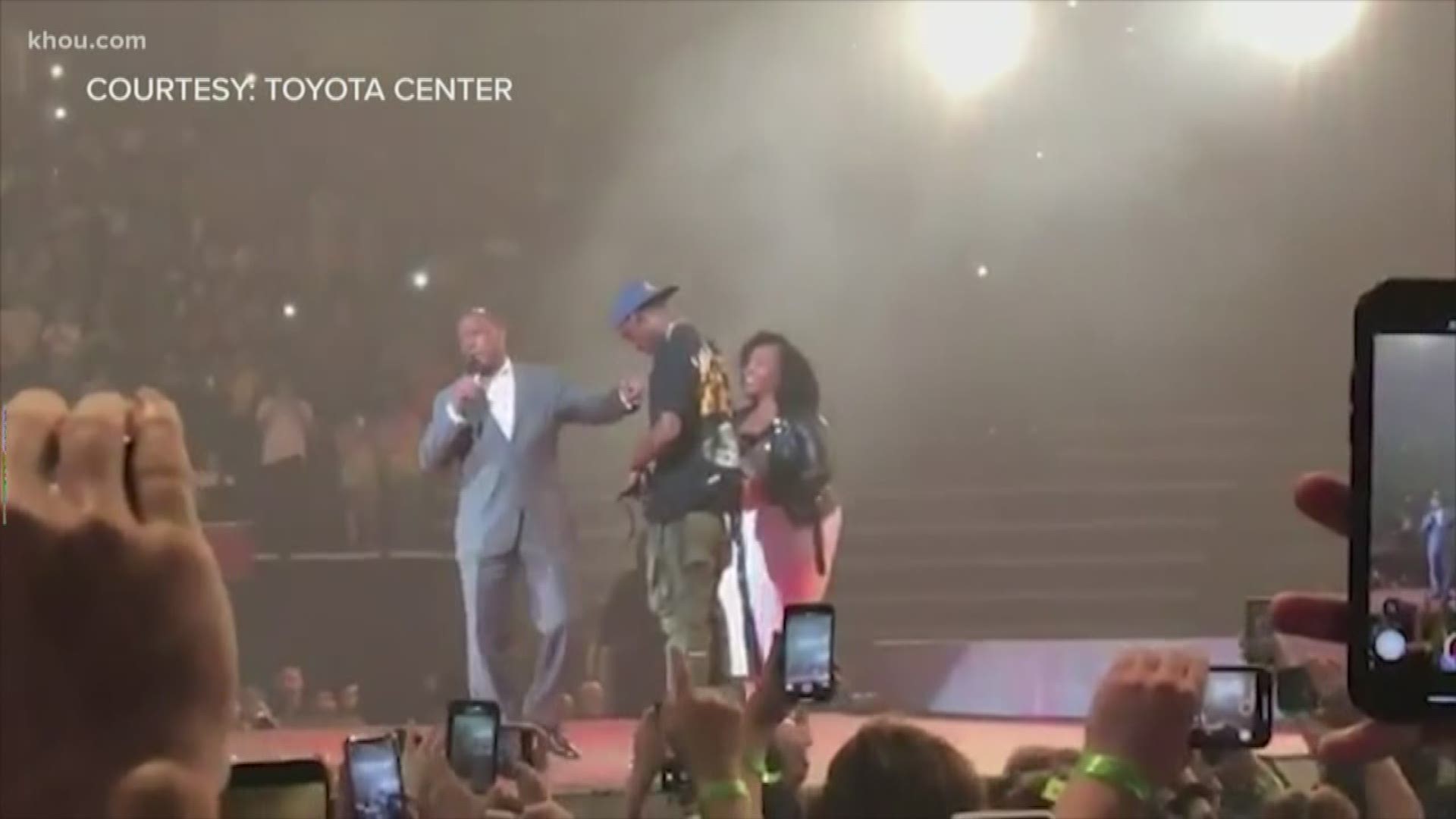 HOUSTON — When Houston's own Travis Scott took the stage at Toyota Center Wednesday night, his show was all about Astroworld: the former amusement park, as well as his Grammy-nominated album. His set even included a roller coaster on which the rapper performed some of his songs.

Fans expected all that, but got a surprise when Houston Mayor Sylvester Turner took the stage.

"Because of him, we want to bring another amusement theme park back to the city," Turner told the crowd, which erupted in cheers.

The mayor followed that up by giving Scott the key to the city of Houston.

"This city loves you," Turner said.

After the show, the mayor tweeted, calling the show "truly lit" and the experience "surreal."

Mayor Turner said the city is in talks with architects and developers to bring an amusement park back to town.

On Thursday afternoon, Mayor Turner called park “a priority” and said it’s an idea he’s been looking at since 2016.

“We’re trying to take advantage of that (new attention) because it’s now in the atmosphere, and I thought last night would be a good idea to talk about it,” said Turner, who mentioned his staff is reaching out to different architects to come up with themes and designs unique to Houston. “If there are other developers or people out there, we just want you to know, we’re looking. This is now the time to come forward with plans, ideas, themes so we can seriously consider it.”

One big challenge: finding a place to put it. The Houston Livestock Show and Rodeo currently owns the 102-acre Astroworld site. On Thursday, a spokesperson told KHOU RodeoHouston officials are still considering building a year-round event space on the land.

“We’re looking for something that can fit within the 640 square miles of the city of Houston, just like when we went after Amazon,” Turner said.

Another issue: the park’s cost and how much the city will help out.

“This is a golden opportunity for some sort of public-private initiative with some sort of incentives, but we’ll wait and see what we’re looking at what ideas in terms of design come into play and what people are offering,” Turner said.

Dr. Dietrich von Biendenfeld, Assistant Professor of Business Law at the University of Houston-Downtown Marilyn Davies College of Business, said the high upfront cost of building an amusement park and the limited number of qualified developers could be challenges.

“Who are going to be the investors?” said Dr. von Biedenfeld, who estimates that building a park similar to Astroworld could cost roughly $100 million. “Who’s going to offer an additional outlay on top of what Six Flags is already trying to do with the (former Wet N’Wild Splashtown) water park (in Spring) in May? Is Busch Gardens going to come in? Is another corporate entity going to come in and singularly finance this? I’m not sure if that’s feasible.”

Dr. von Biedenfeld says the city's financial challenges, like Prop B, and possible changes to state law during the 2019 legislative session, may limit the incentives the city could offer.

"This would not be a city project but would encourage the use of private money and developers. He is definitely in support of that."

“It is a priority of my administration to always promote Houston as a world class city. To that end, I am proposing to create a one of a kind permanent amusement park in the City of Houston. This venue would serve as an entertainment destination for local families and attract interest from a global audience.

“I first discussed the idea a few years ago and it recently gained momentum through my conversations with Grammy -nominated performer Travis Scott, whose album and concert tour pay homage to Astroworld, Houston's former theme park.

“The City is currently in discussions with architects and developers and we hope to partner with investors who have an interest in making this vision a reality.

“Houston is a great city that offers many wonderful seasonal events and attractions. A permanent amusement park would create year-round opportunities."

So what do you think? Should someone bring another amusement park to Houston? Let us know on the KHOU 11 Facebook page! 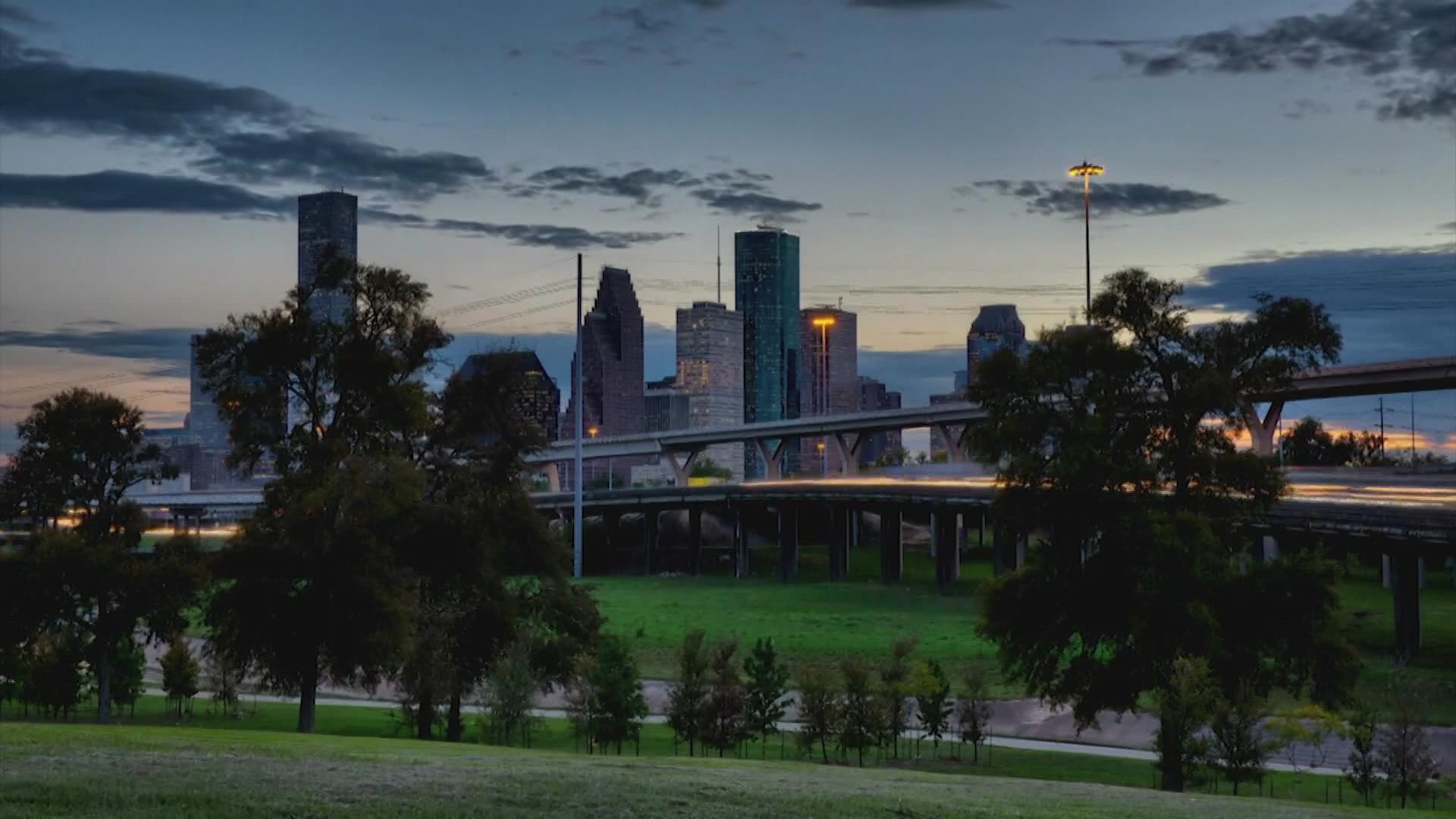