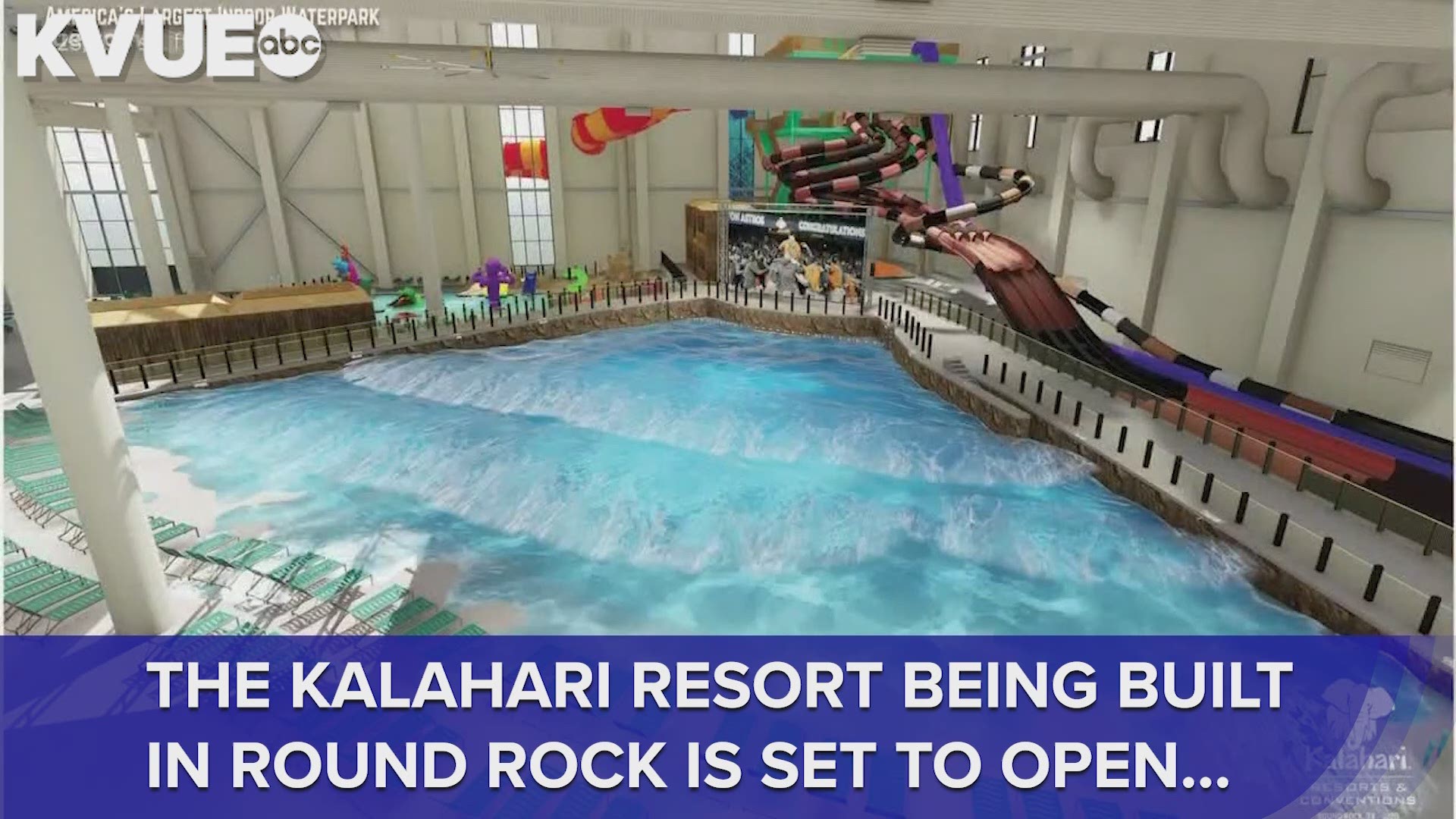 ROUND ROCK, Texas — America's largest indoor water park is slated to open in Round Rock this year, and we now have a better idea of what it will look like.

Kalahari Resort released new renderings of its latest location that's made up of a water park, entertainment centers and convention centers.

Kalahari Resort will have a 975-room hotel and a 200,000-square-foot convention center inside a 1.5 million-square-foot resort.

Renderings: A look at Kalahari Resort in Round Rock

Renderings: A look at Kalahari Resort in Round Rock

While these parks are known for their prominent size, they also have an African theme and family-style lodging.

The $350 million development is sitting on 351 acres of land on U.S. Highway 79 across from the Dell Diamond and Old Settlers Park.

Day passes to the park haven't been announced yet, but passes at other locations around the country cost between $20 to $80.

Construction on the resort began in May of 2018, and according to our partners at the Austin American-Statesman, it's expected to open in November 2020.

WATCH: Kalahari Resort to open in Round Rock in 2020

Why is the FBI withholding DNA evidence in Austin’s 1991 yogurt shop murders?

Cedar Park searching for answers in losing battle with traffic