Eddie Corral has been going to the Grammy Awards for 22 years and counting. 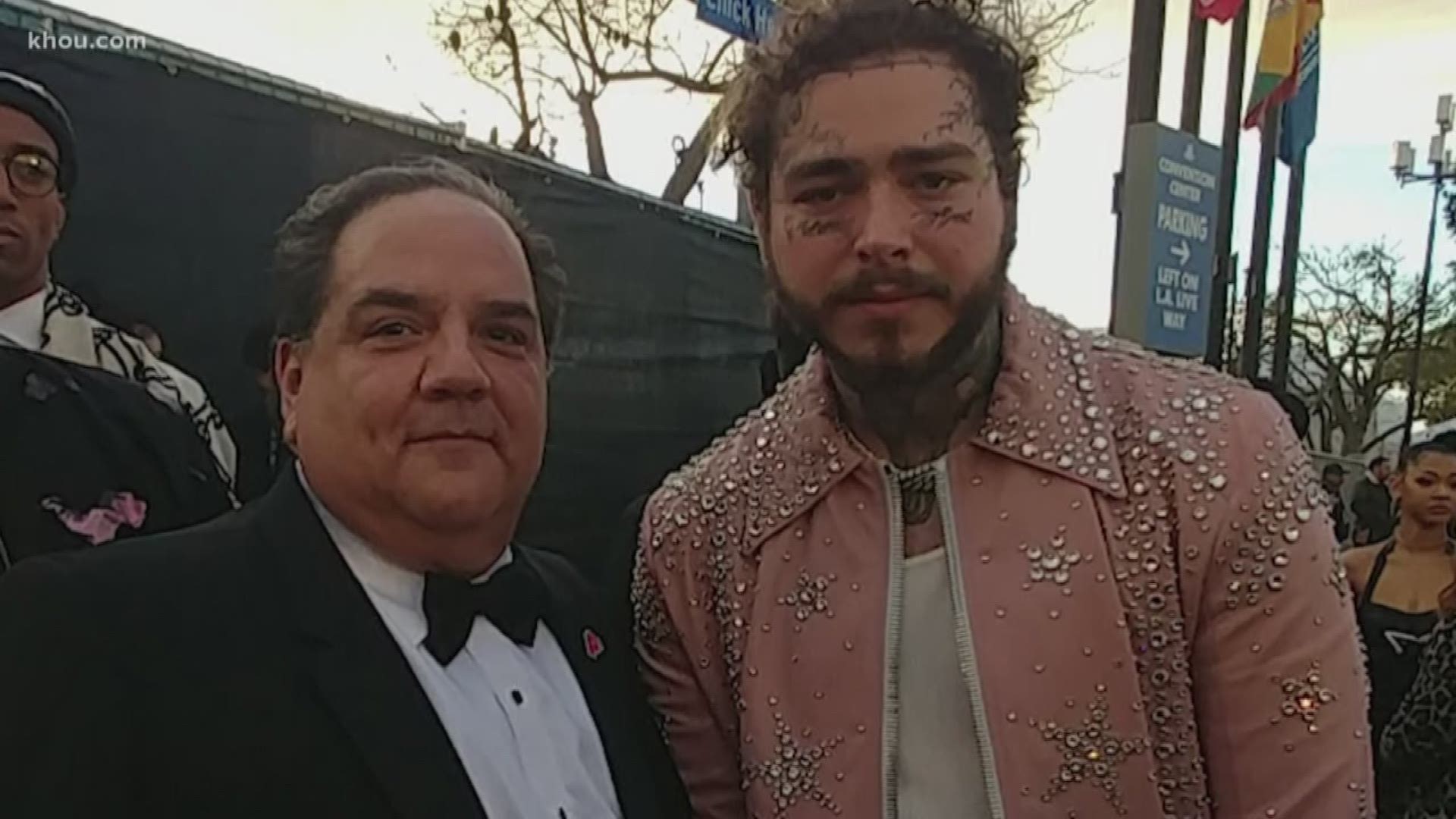 HOUSTON — A Houston music producer is about to walk his 22nd Grammy Awards red carpet.

Eddie Corral is one of dozens of recording academy voters from Houston and Texas.

The Grammy Awards’ red carpet is Corral’s beach. He has vacationed there every winter for 22 years and counting with the likes of Clive Davis, Jamie Foxx, Post Malone and others.

“Every year (I gain) about five pounds,” Corral said laughing. “I keep growing and I have to make sure the bowtie and the tux can still fit. That’s priority No. 1.”

Corral is a music producer with Masterfader Studio in southwest Houston and is a voting member of the recording academy involved in picking Grammy Award winners.

“My record is (picking correct winners) about 85% (right) and some of those I’ve worked with have actually won,” he said. “I can’t say who I’ve chosen this time.”

Corral likes Houston’s Lizzo to do well. He also loves the part of the weekend most never see: The parties. Even the guy who has worked with Prince, Destiny’s Child, and B.B. King still gets star struck.

“I went one year (and sat with) Sylvester Stallone, Kid Rock, I mean wow,” Corral said. “I’m in the middle.”

He said security treats everyone on the red carpet the same way. He said walking it never gets old because of what it represents.

“I’m just proud to be from a city that has probably some of the best music in the world: Beyoncé, ZZ Top, Lil’ Troy, Paul Wall, I mean, we could go right down the line,” he said.

So however Corral’s tuxedo fits in two weeks, he will be all smiles.