Siblings of the late 'Queen of Tejano Music' accepted the award on her behalf. 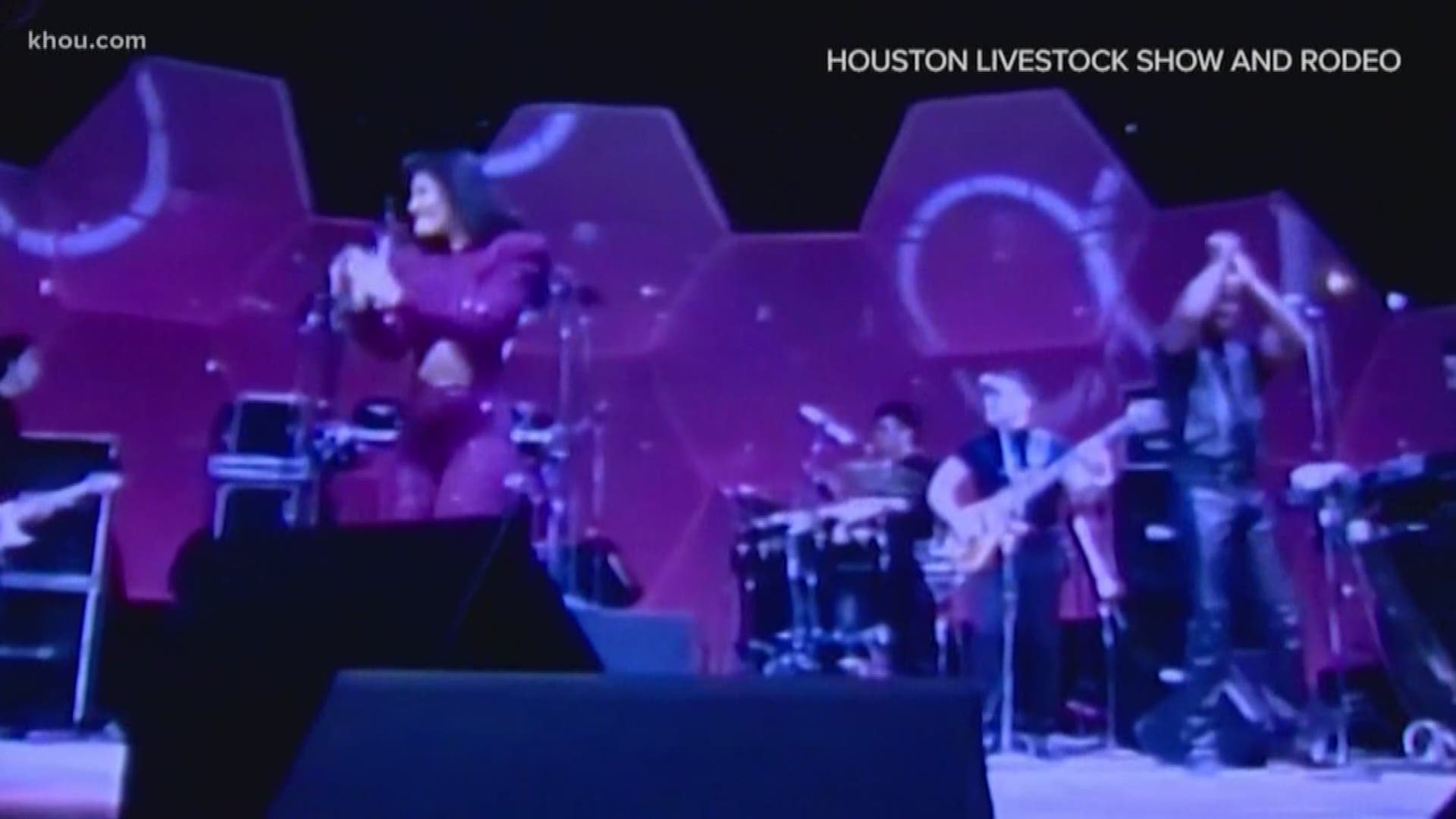 HOUSTON — The Queen of Tejano Music is still being celebrated at the Houston Livestock Show and Rodeo 25 years after her death.

Selena joined HLSR’s Star Trail of Fame during a ceremony on Sunday at NRG Park.

Her bronze plaque is the first Latino among the biggest musicians to have played at the Rodeo.

Selena Quintanilla’s iconic performance in her purple outfit at the Houston Astrodome made history, not only for Houstonians but for the rest of the world as well.

“There’s just those certain points in time that just stay marked,” Selena’s brother A.B. Quintanilla said. “You automatically go back to this day when this was happening.”

A.B. and Suzette Quintanilla carry the legacy of their late sister a quarter-of-a-century after her murder.

“She’s the one that should be here,” Suzette Quintanilla said. “Not us. She should be receiving this but unfortunately, she’s not. So we have to make peace with it in our heart and accept what has been put in front of us.”

The memory of Selena Quintanilla and her music still resonate among her fans all these years later.

As would only be fitting for a queen, Selena’s bronze plaque assumed its place on HLSR’s Star Trail of Fame beside the King of Rock-and-Roll.

Elvis and Selena; both Rodeo performers and international icons, created music that will last forever.

RELATED: Selena to be inducted into RodeoHouston's Star Trail of Fame

RELATED: 25 years ago at the Houston rodeo Selena performed her last televised concert