From country to EDM and K-Pop, RodeoHouston is out with its 2020 concert genre calendar 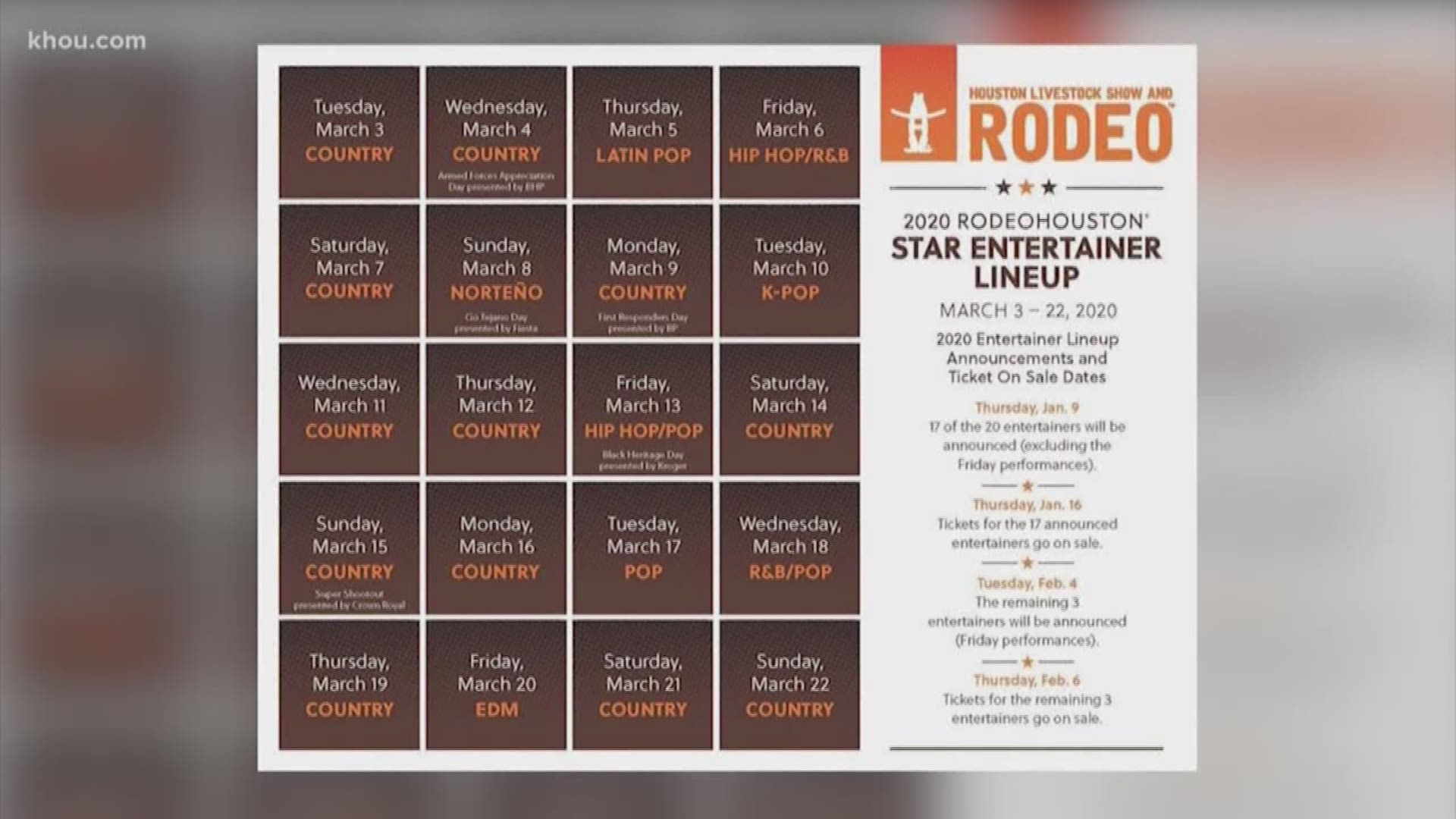 HOUSTON — The Houston Livestock Show and Rodeo will be here before you know it, and Wednesday, a list of all of the genres for the RodeoHouston concerts was released. The Rodeo will be in town from March 3 through March 22.

If you're not familiar, K-Pop music is Korean pop. EDM is Electronic Dance Music. 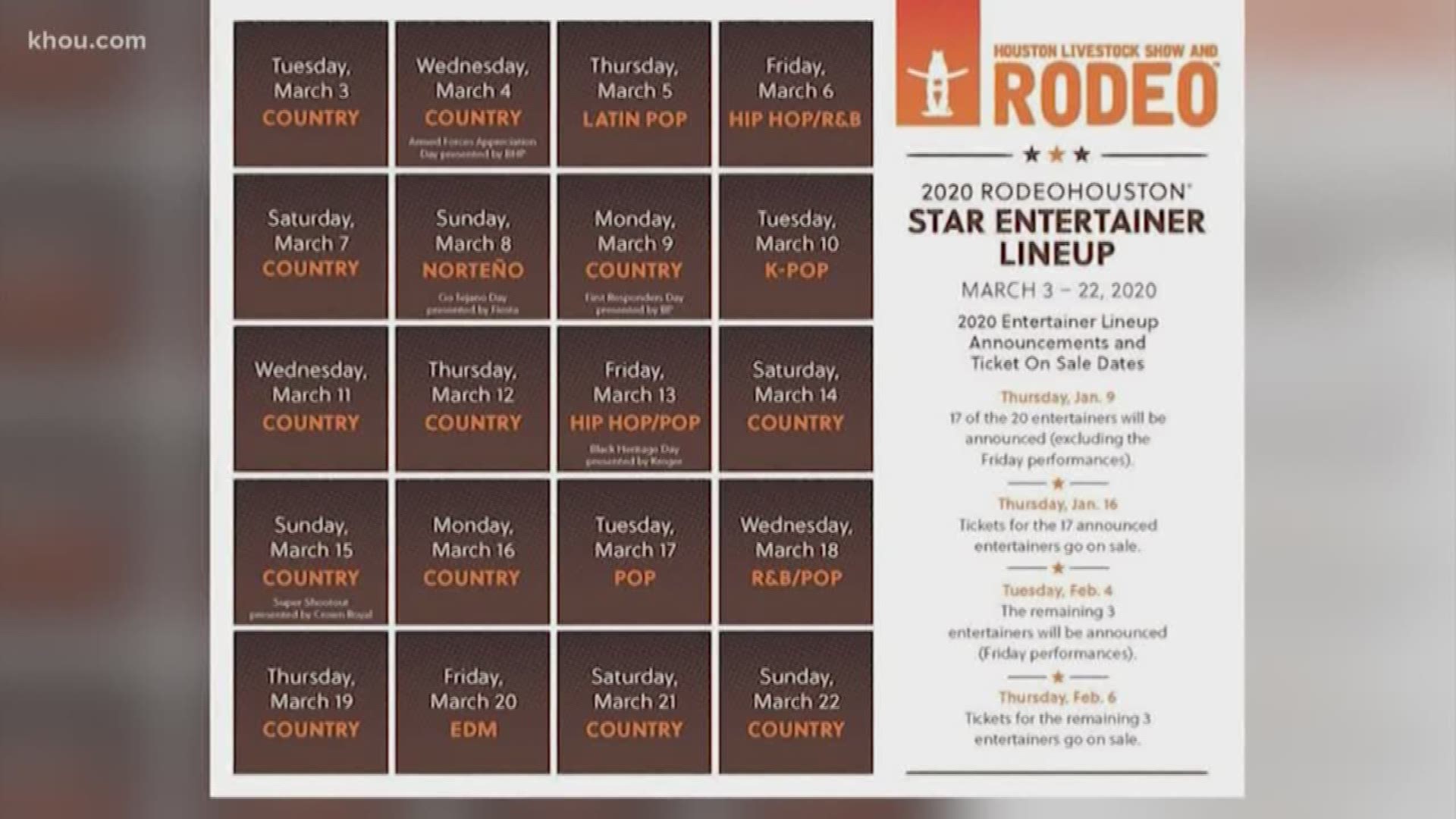 RELATED: So you want to be a K-pop star? K-pop Academy trains students to be ‘idols’

RELATED: Cow makes its way into the stands at NRG Arena during RodeoHouston

RELATED: The #1 asked for exhibit at the Houston Livestock Show and Rodeo