Fifteen-year-old Ethan Draeger’s steer “Ranger” was sold to a group of women who call themselves the “Champagne Cowgirls” for $367,000, the most ever paid for a grand champion reserve steer. 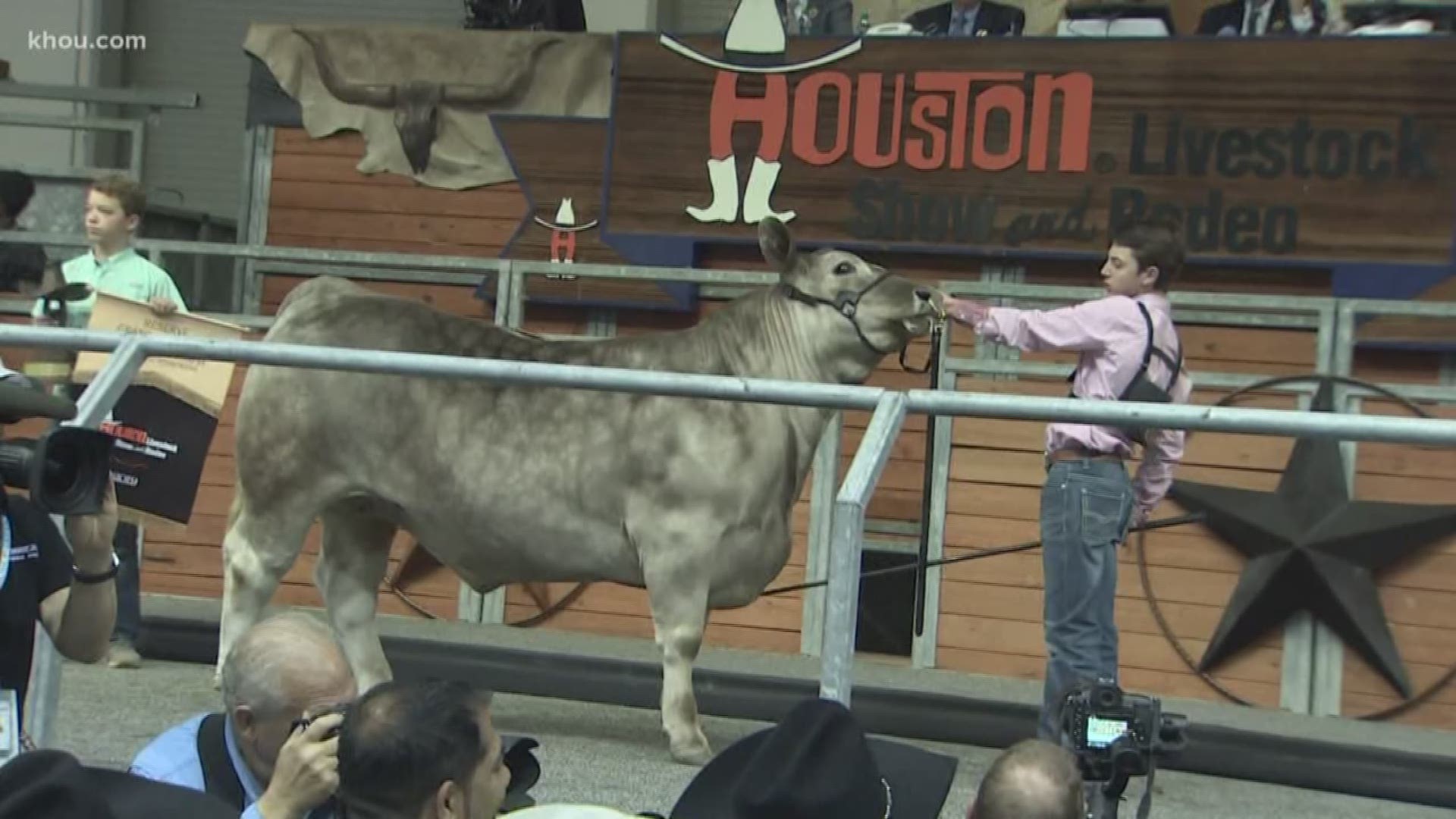 HOUSTON — Kids from throughout the state brought their prized animals to the auction block Saturday for the Houston Livestock Show and Rodeo’s Junior Steer Auction.

Tensions were high among the young ranchers.  Many of them have been raising animals and bringing them to the HLSR auction for years.

"I don't get too attached,” said 18-year-old Stock Martin. “['Bug,' Martin’s limousine steer] just got named yesterday actually because I had to. Just so you don't get too personal with them, so you don't have to cry or anything."

The world record was set Saturday for amount spent on a grand champion reserve steer.

Fifteen-year-old Ethan Draeger’s steer “Ranger” was sold to a group of women who call themselves the “Champagne Cowgirls” for $367,000, the most ever paid for a grand champion reserve steer.

The “Champagne Cowgirls” have spent over $3 million in the past 11 years at the HLSR Junior Steer Auction.

"Getting a strong group of women together to support education,” said the group’s founder Ellie Francisco about why they decided to choose this as a philanthropic cause. “We felt that the rodeo was a good vehicle for that."

The money raised at auction will be divided and most of it will go toward various scholarships.

The kids seem to be having fun but it appears to be more than just an activity for them.  It's also a tradition.

"My dad did it, my grandparents sell cattle,” said 10-year-old Kinlee Rathman from Slaton, Texas. “Just something that got passed down."