The King of Country played to 80,108 people to close out Rodeo Houston Sunday. 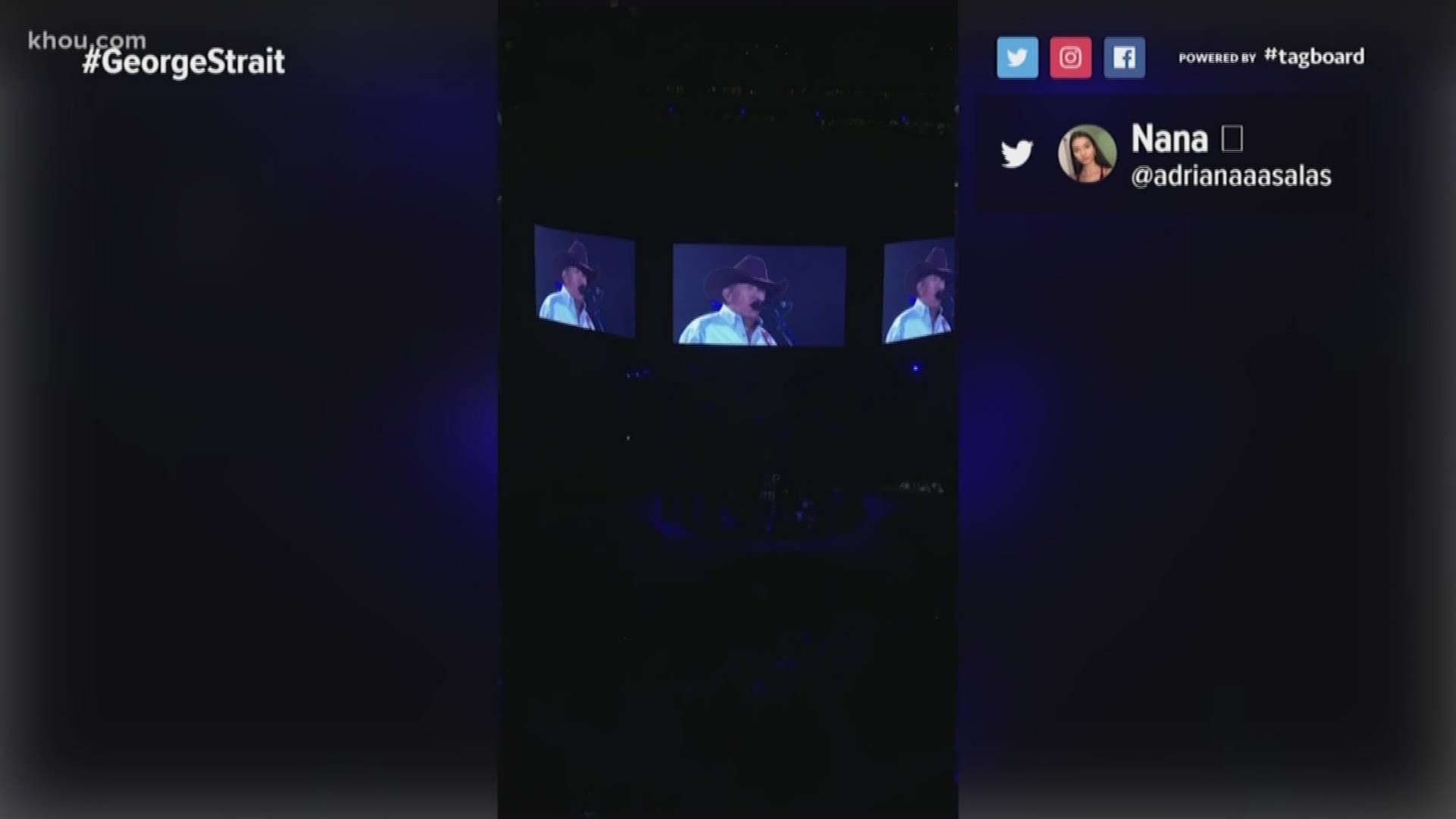 The King of Country has done it again.  George Strait closed out Rodeo Houston Sunday and he did it in record-breaking style!

The Rodeo tweeted late Sunday night that Strait, along with special guests Lyle Lovett and Robert Earl Keen, played to 80,108 fans at NRG Stadium.  That tops Strait's record from 2013!

For Strait’s concert, there isn’t a rodeo before the music starts and NRG is able to put out more seating, which is why his attendance isn’t compared to performers who take the stage on the same night as rodeo events.

This concert-only performance breaks the previous record from 2013, set by George Strait with special guests Martina McBride and Randy Rogers Band with 80,020 fans.

This was Strait's 30th Rodeo performance since 1984.  To date, he's performed in front of 1.7 million Rodeo Houston fans.

RELATED: Verify: Who holds the rodeo attendance record - Cardi B or George Strait?