"King George" will return to RodeoHouston on Sunday, March 17, for a full-length evening concert in NRG Stadium. It will be part of an extra 'concert-only' day added to the rodeo. 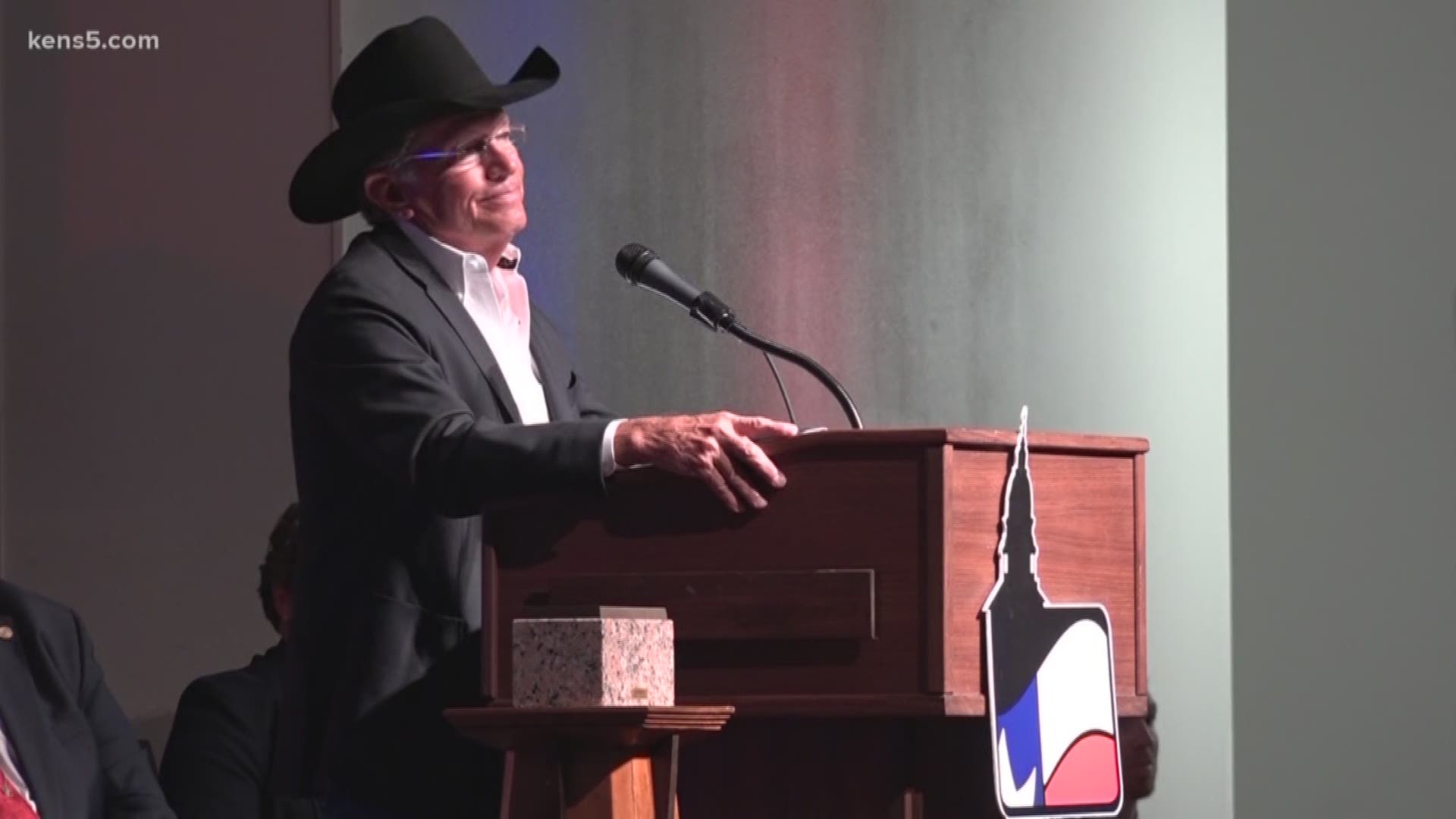 HOUSTON -- Big news in from RodeoHouston on Tuesday, fresh off the heels of Garth Brooks' big return to the rodeo in 2018.

George Strait will return to the rodeo in 2019 for a concert-only performance as part of an extra day.

Strait is scheduled to perform Sunday, March 17, the final night of the 2019 rodeo. This means an extra day for the rodeo will be added to the beginning of the season.

1 / 22
George Strait joined Gov. Greg Abbott for a meet-and-greet event in Rockport, Texas, a community in the process of rebuilding after Hurricane Harvey.

More info from the rodeo:

“We are extremely excited to welcome George Strait back to the Houston Livestock Show and Rodeo,” said Joel Cowley, Rodeo president and CEO. “George has a long history with the Rodeo, first taking the stage back in 1983. He’s been with us through many of our major milestones during the past three decades, has entertained more than 1.5 million RODEOHOUSTON fans and is the only platinum honoree on our Star Trail of Fame.”

Strait will return to RODEOHOUSTON on Sunday, March 17, for a full-length evening concert in NRG Stadium. The Houston Livestock Show and Rodeo will be the only Texas performance for Strait in 2019. Opening acts will be announced at a later date. There is no rodeo performance scheduled before the concert, however, all activities on the grounds including shopping and dining areas, carnival, livestock and horse show competitions, and other exhibits and attractions at NRG Park will be open to the public on March 17. 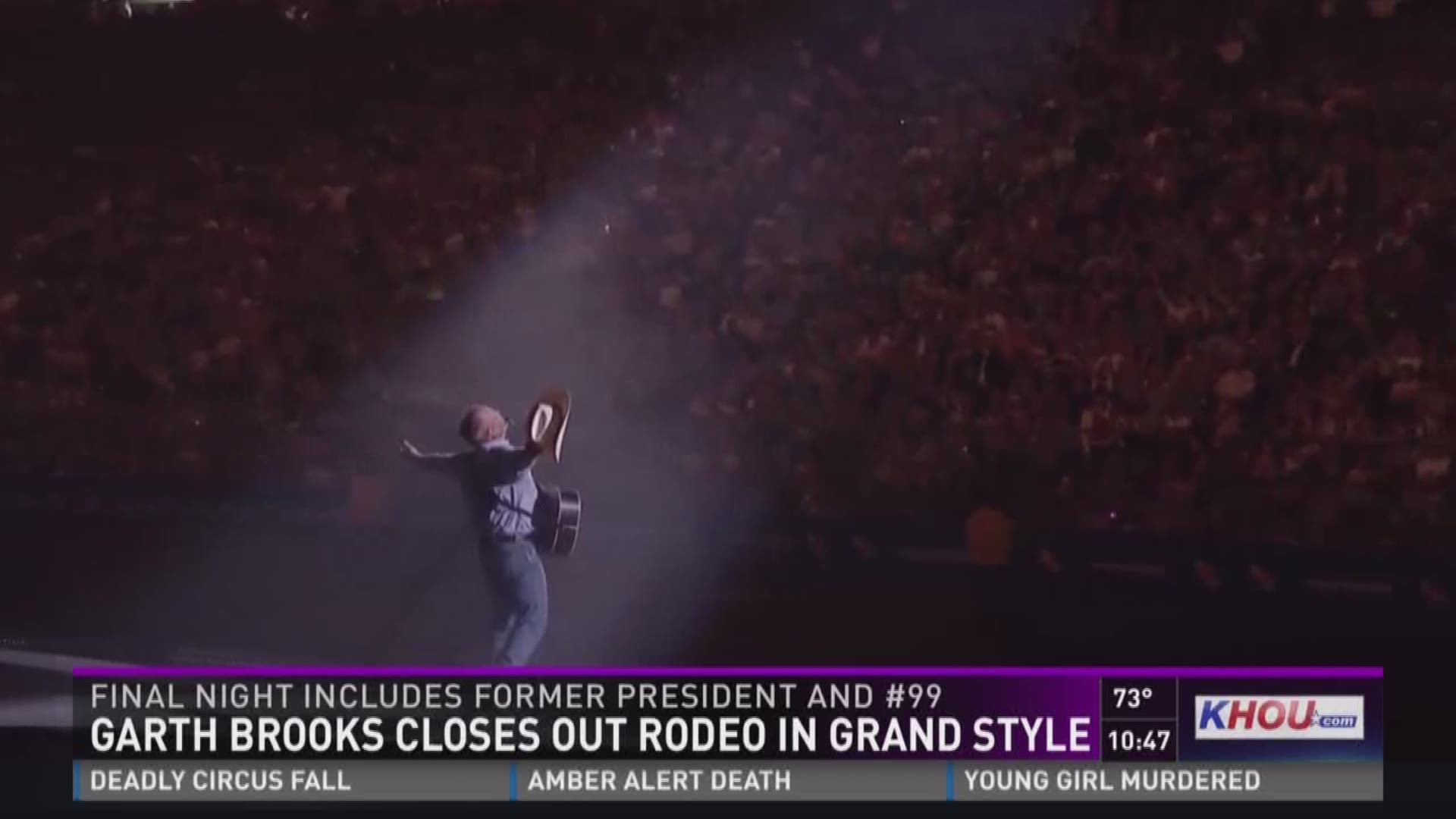 GEORGE STRAIT AND THE RODEO

More than 35 years ago, George Strait debuted at RODEOHOUSTON as a newcomer to the country music scene. Since then, he has become a household name with 33 platinum or multi-platinum-selling albums, the most in all of country music, and 60 No. 1 singles — the most of any artist of any music genre in history. He is a member of the Country Music Hall of Fame, holds a GRAMMY® for Best Country Album with “Troubadour” and more than 60 music and entertainment industry awards.

In 1996, Strait was inducted into the RODEOHOUSTON Star Trail of Fame in recognition of his musical contributions to the Houston Livestock Show and Rodeo. He is one of only eight artists to receive this award since the first entertainer performance in 1942. In 2013, the first four-year Houston Livestock Show and Rodeo George Strait Scholarship was awarded through the Rodeo’s scholarship program in honor of his partnership and friendship with the Rodeo.

The Houston Livestock Show and Rodeo™ promotes agriculture by hosting an annual, family-friendly experience that educates and entertains the public, supports Texas youth, showcases Western heritage and provides year-round educational support within the community. Since its beginning in 1932, the Rodeo has committed more than $450 million to the youth of Texas. For more information, visit rodeohouston.com and connect with #RODEOHOUSTON online via Facebook, Twitter, Instagram and YouTube for all of the latest news. The 2019 Rodeo is scheduled for Feb. 25 – March 17.