It hasn't taken 50 Cent long to learn our ways. 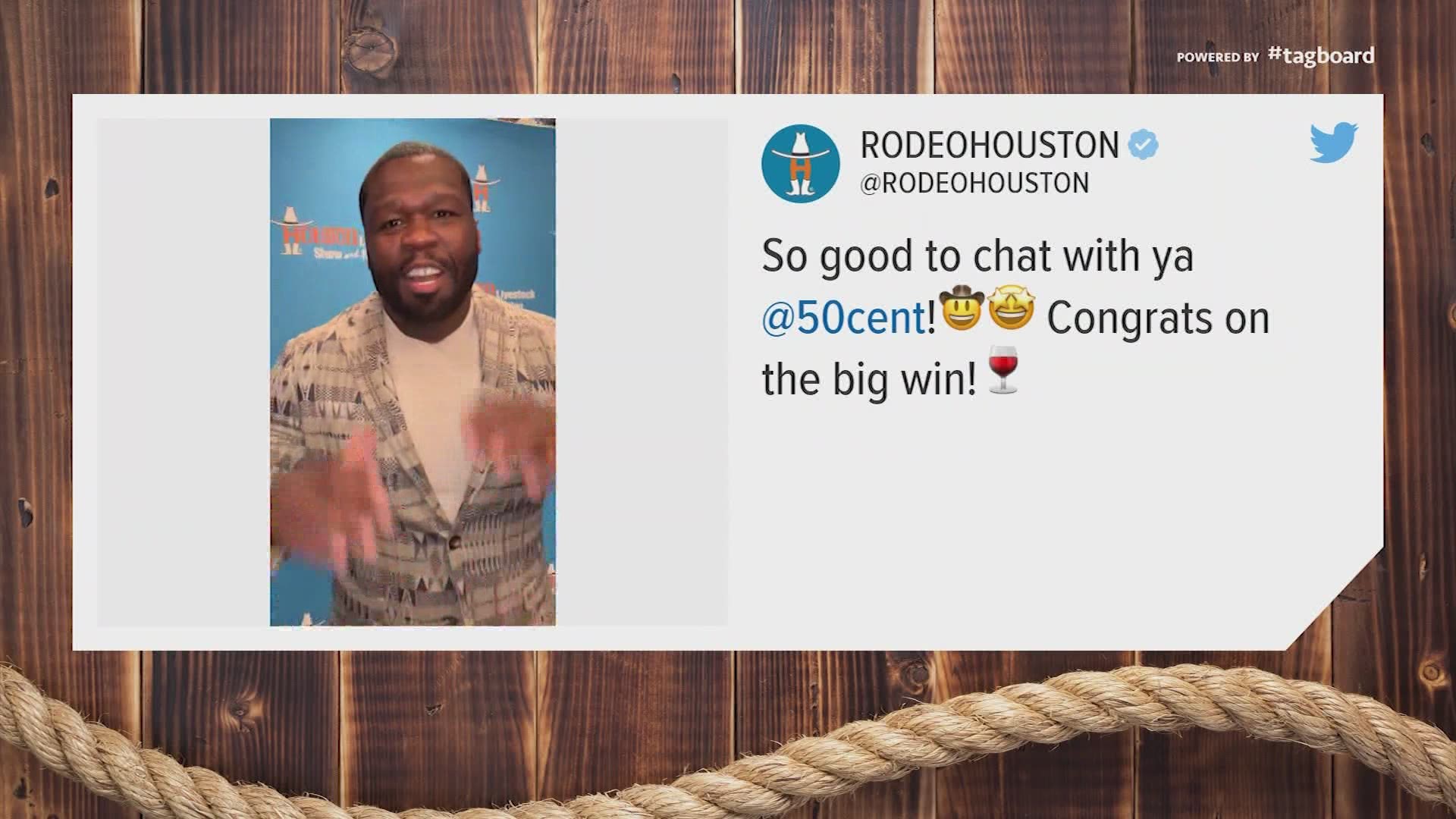 The legendary rapper, whose real name is Curtis Jackson, did the most Houston thing ever this weekend when his champagne was named Reserve Grand Champion Best of Show at the 2021 Rodeo Uncorked! International Wine Competition.

Le Chemin Du Roi Brut, Champagne AOC, NV, was launched by Jackson. It was purchased at the event for $160,000.

“When they told me I won, I almost fainted. I was really excited,” Jackson said. “I am very proud of this.”

He also learned that everything is bigger in Texas -- including H-Town's wallets. He said he bid $175,000 for a bottle of wine and still lost.