Texas slaves were informed of their freedom in Galveston on June 19, 1865. 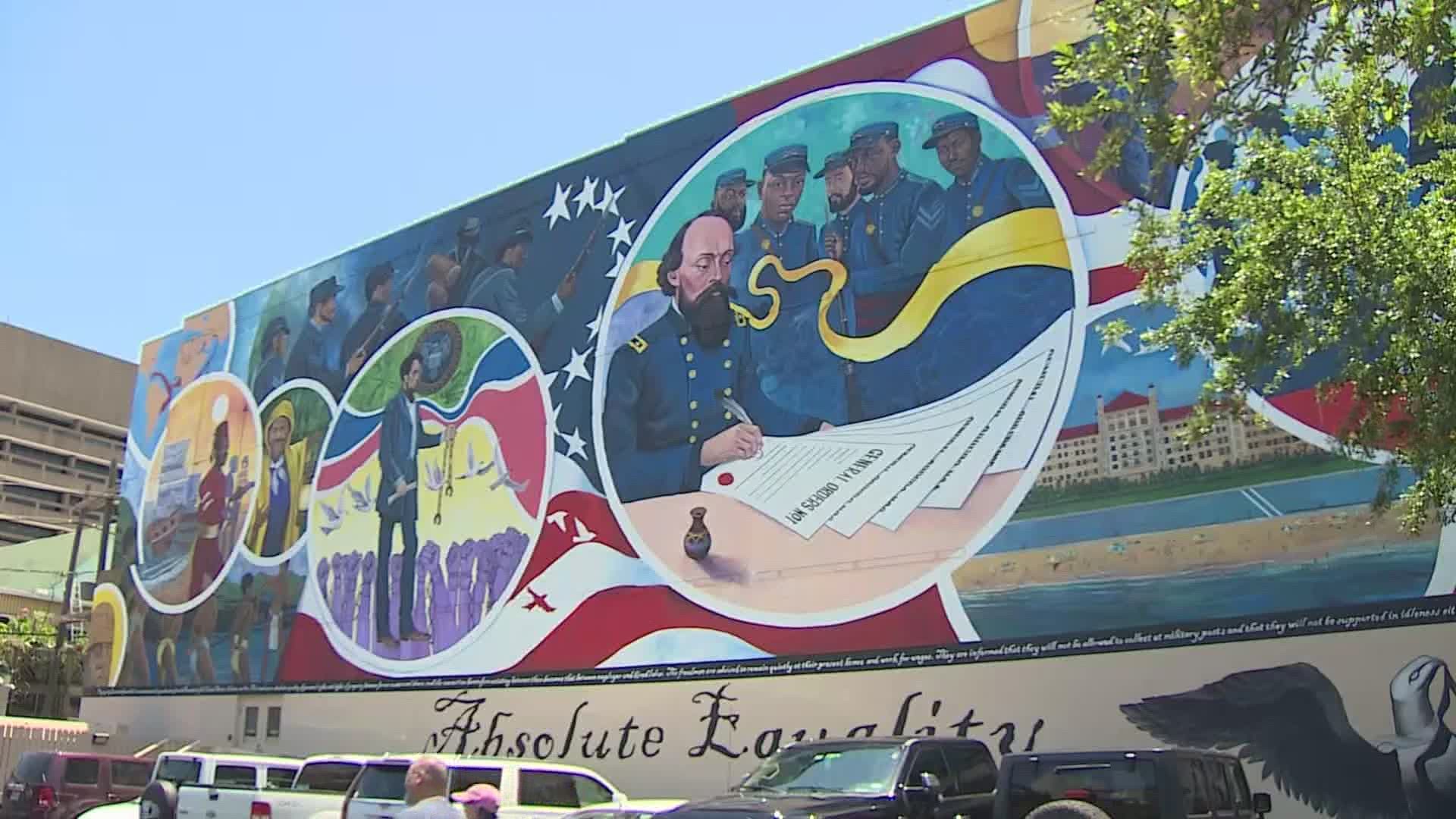 GALVESTON, Texas — Word of the new federal Juneteenth holiday spread immediately Thursday on the same spot where Texas slaves first learned of their freedom in a time when news travelled very slowly.

"All those decades of walking and marching and sweat," said Roxy Hall Williamson of Galveston. "It’s done.”

June 19, 1865 is when federal troops finally announced that slaves were free at multiple locations on the island.

It was two and a half years after President Lincoln officially proclaimed it amid the Civil War.

Where it all began. I’m on @GalvestonIsland getting reaction to #JuneTeenth becoming a federal holiday.. Something for which local advocates have long pushed. More from them and what new exposure could mean for the island: @KHOU at 5:00 + 6:00 #khou11 pic.twitter.com/yIHPqok3Xf

She's dedicated her retirement to African American history on the island which includes her great-great-grandmother being sold into slavery at age 12.

"She and her grandmother were purchased by a family who lived in Groesbeck, Texas," said Boudreaux.

She said she sees this new designation as, not only a reminder of the past, but a springboard for the future.

"People are aware, it’s been recognized, and I truly think that we’re going to see a lot of change," said Boudreaux. "Things are going to improve."  "I just believe in that.”

The Galveston Historical Commission is located in a building that dates back to the original Juneteenth era.

It helps tell the story of its significance online and via in-person events which may only grow.

Juneteenth events began earlier in the month on the island and culminate this Saturday with, among other things, a virtual interview with the artist of a new mural named Reginal Adams.