Bars would have to serve food from kitchens, via vendors or more permanent food trucks. 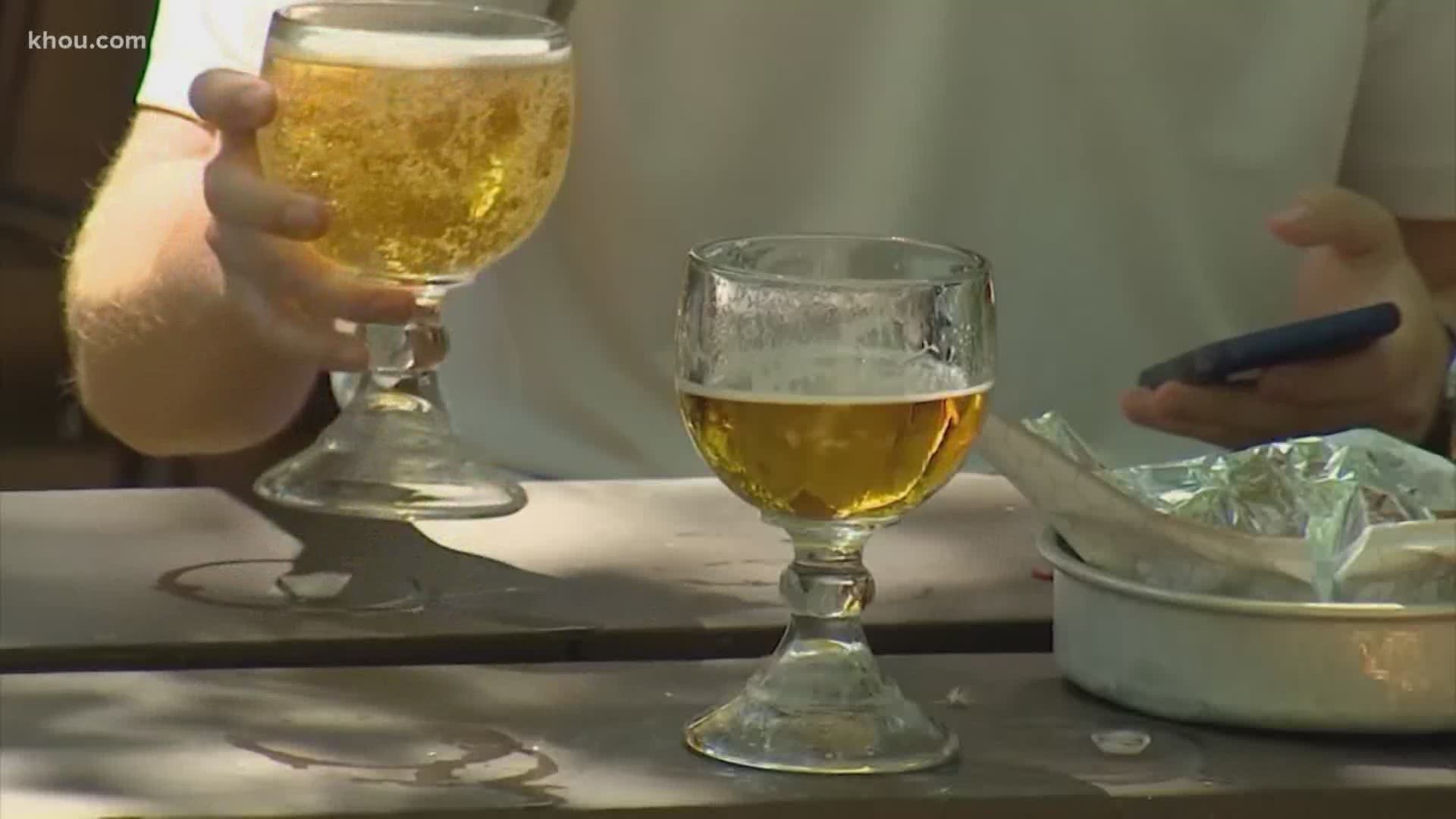 "Making up five months of revenue, you know, is very difficult to do,” owner Al Jara said.

But Jara said he got a life-line this week from the Texas Alcoholic Beverage Commission.

The agency adopted an emergency amendment making it easier for bars to re-classify as restaurants with certain conditions.

Jara showed off his approval letter on social media and plans to reopen on Monday.

More than 700 Texas bars have already applied to re-classify as restaurants amid #COVID19 closures. A new @TexasABC emergency rule change makes it easier for many others to do the same. More from the agency + a bar reopening on Monday: @KHOU at 5:00 & 6:00 #khou11 pic.twitter.com/a9PXLmUazp

"We’ll have our sanitizing stations all over the bar, we’ll have our tables socially-distanced," he said.  "And we’ll take reservations so we can limit the amount of people that are always in the bar at one given time.”

Bars will not be allowed to make more than 51% of their revenue from alcohol under the revision.

And they must serve food from their own kitchens, via vendors or from food trucks that must stay open as long as they do.

"After Governor Abbott ordered the bars to be closed, that affected about 7,000 businesses across Texas," TABC spokesperson Chris Porter said. "Obviously, the pandemic is making it difficult for the businesses to operate.”

The TABC started relaxing some of its rules last month after the bar industry relentlessly lobbied for relief.

So far, the agency told us about 700 bars statewide have applied for food and beverage certificates.

"We do want to make sure that these businesses are able to operate when they can," Porter said. "However, they must remain safe and help keep the risk of infection as low as possible.”

Agents will continue to enforce applicable rules and regulations.

"We have a way out now," said Jara.  "It’s up to us to be responsible about it and I hope TABC cracks down on the ones who aren’t.”

You can find out more about the TABC's emergency amendment here: https://www.tabc.state.tx.us/