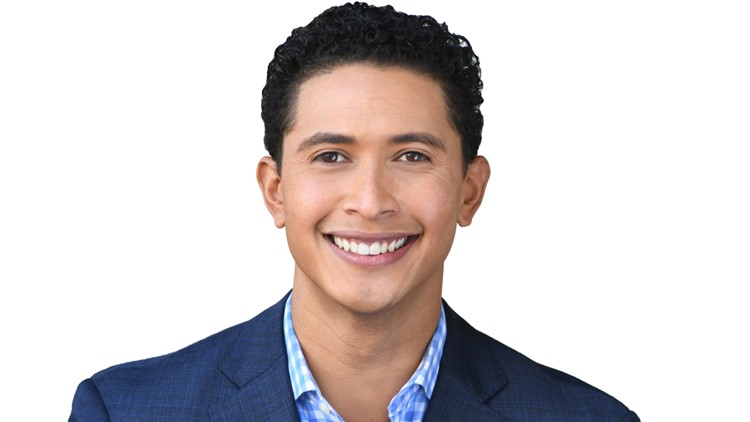 Xavier comes from KHOU’s sister station in Charlotte, NC. He spent four years at WCNC-TV as the weekend evening anchor and nightside reporter. While there Xavier covered several big stories that made national headlines. He was one of the first reporters on scene covering the tragic UNC Charlotte shooting. He’s also braved the elements during numerous hurricanes that impacted the Carolinas. Among other things Xavier also led his station’s coverage of the Republican National Committee’s Summer meeting in Austin, TX, where Charlotte was named the host city for the Republican National Convention in 2020.

Prior to Charlotte, Xavier worked for KTWO-TV in Casper, Wyoming. He served as an anchor and reporter for three years in Wyoming and was named Reporter of the Year in 2013 by the Wyoming Association of Broadcasters. He also earned second-place honors in Dancing with the Stars of Casper.

Before moving to Wyoming, Xavier attended California Lutheran University where he received his communication degree. While attending CLU, he also played on the basketball team. He was the starting point-guard three out of the four years he played. Xavier was born in Modesto, CA, but grew up in Sacramento. He has family scattered throughout the country including some here in Texas.

When Xavier isn’t working, he loves to travel and experience new places as well as people. He’s lived in California, Wyoming, North Carolina, and now Texas. Xavier is excited about living in one of the most diverse cities in America. Why? Because he himself is a walking billboard of diversity. He frequently gets asked what is his ethnicity. Xavier is Filipino, White, Black and Cherokee Indian. His mother was born in the Philippines and his father was born in California, which is where Xavier was born and raised. Three states later he is now a proud Texan. He moved here with his two year old Golden Doodle puppy named Arie.

If you have any questions Xavier would love to hear from you.