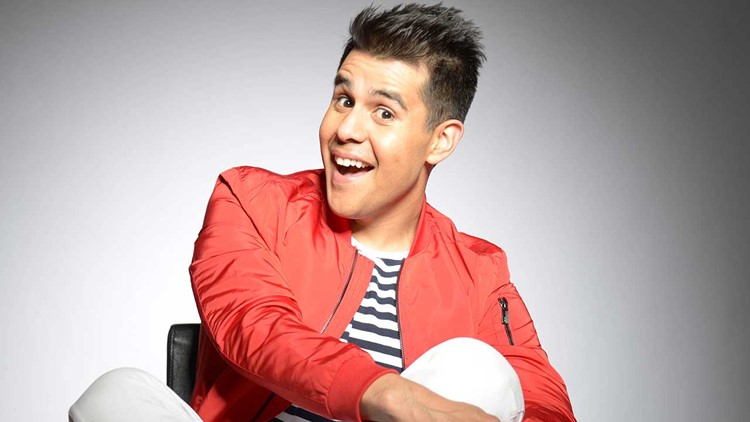 It’s a HOMECOMING for our newest KHOU member, Ruben Galvan!  That’s because the morning feature reporter on #H-TOWNRush got his first start in TV as an intern right here at KHOU.  Now he’s hitting the streets and spreading the love all throughout Houston.

As a kid, Ruben dreamed of working in H-TOWN and feels blessed to feature some of the most fascinating people and places in the world. You can count on him to highlight the best Houston has to offer.

A graduate of the University of Houston and Northbrook High School, Ruben is a family kind of guy with a great sense of humor. He loves Tex-Mex fajitas and can dance with the best of them thanks to watching 'Soul Train' as a child. When he's not shaking hands in the community, he enjoys spending time with his Mom and Dad who both still keep him in check. By the way, church is in order every Sunday.

Ruben is a seasoned reporter with more than 17 years of experience in the TV business.

He recently worked as the Chief Storyteller at Scientist.com where he highlighted the latest in science and drug discovery in the BioTech world.

Before then, Ruben reported at KPRC-TV.  He also spent 10 years reporting in San Diego as the morning feature/entertainment reporter at XETV-San Diego 6. He calls America's Finest City his second home where he was named top among "50 People to Watch" by San Diego magazine. Ruben was known to pop-up on the red carpet, sporting events, fashion shows, military bases and many schools throughout the county.

Ruben has worked closely with Universal Studios, Disney, SeaWorld, and has covered national shows like "American Idol," "Billboard Music Awards," "Melrose Place," "Hell's Kitchen," "So You Think You Can Dance" and the "Teen Choice Awards."

Giving back is especially important to Ruben. He's dedicated a lot of his time to organizations like the City of Hope, Make-A-Wish Foundation, United Cerebral Palsy and The Children's Hospital.

Ruben started his reporting career in 2000 at KTVB-Ch.7 in Boise, Idaho. He then moved back to Texas and worked in Wichita Falls and Waco. During his time in Waco, Ruben anchored the weekend newscast and covered President George W. Bush at his Crawford ranch. While in college, he interned at two TV stations in Houston including KHOU, Channel 11.