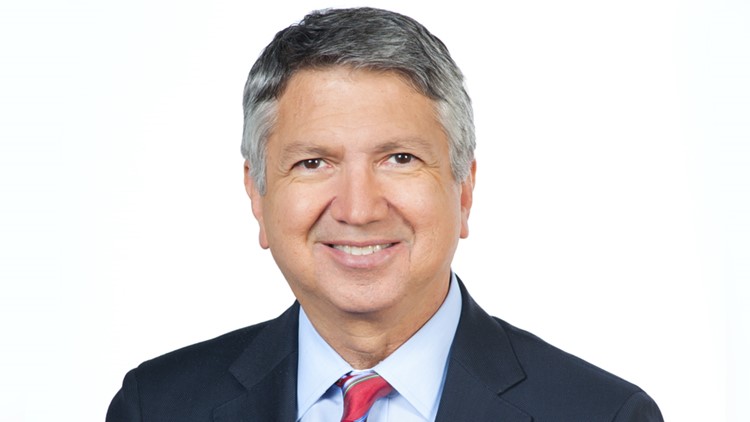 Ron Trevino is an anchor/reporter at KHOU 11 News in Houston, Texas.

Ron Trevino is one of KHOU's award-winning journalists, bringing over 40 years of television news experience to the anchor desk -- 36 of those years, right here at KHOU. Ron anchors KHOU 11 News weekend newscasts and is also a reporter.

In 2015 he was awarded the Houston Hispanic Media Professionals Lifetime Achievement Award. He's a recipient of the Dallas Press Club's Katie Award for Best Major Market Newscast and winner of the United Press International National Broadcast Award for Spot News.

The Texas native began his television career while still in high school, at KRIS-TV and KEDT-TV in Corpus Christi, and continued honing his craft at KIII-TV while attending Del Mar College. He continued his education at the University of Houston and joined KHOU in 1982 as a producer.

At various times at KHOU 11 News he's handled reporting, anchoring and producing duties, including a stint as executive producer of the morning news. His assignments have taken him from the war-torn streets of Sarajevo to the masterpiece-filled halls of the Vatican.

Over the years, Ron has been very active in the community, volunteering his time and efforts to a number of local charities and causes including: the American Cancer Society, the American Heart Association, the American Diabetes Association, the Tuberous Sclerosis Alliance of Houston, Courtney's Crusade, the Escape Family Resource Center and many area schools and hospitals.