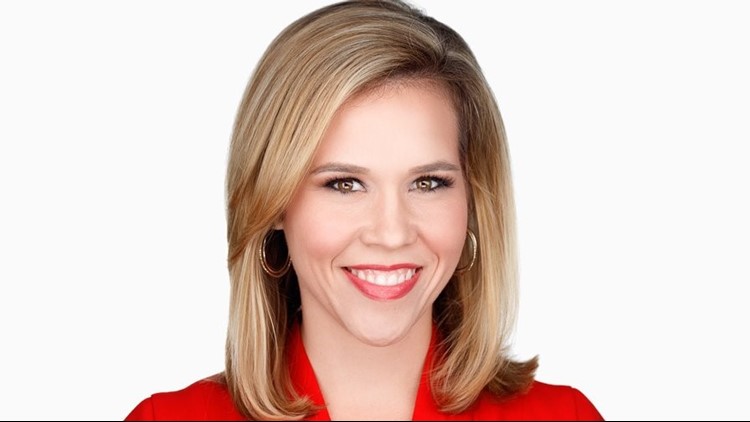 Grace White is an Emmy award-winning reporter and fill-in anchor for KHOU 11 News in Houston, Texas. She specializes in in-depth crime reporting and her cold case series "Missing Pieces" won a 2017 Lone Star Emmy. Grace's passion is being a voice for victims.

Born and raised in Houston, she grew up on the city's west side. Grace graduated from Memorial High School, where she was Major of the Markettes Drill Team. Even though she's a native, reporting during Hurricane Harvey has been her most eye-opening experience. Her coverage and a poem she penned "Houston, We Are With You" was featured in a 2018 edition of the Ole Miss Alumni Review magazine.

Grace spent the last decade working in newsrooms across the country. Before coming home to Houston, she traveled with Texas doctors on a medical mission trip to West Africa and even spent the night in the Bexar County Jail to bring viewers an inside perspective.

When a gunman went on a shooting spree in Alabama, Grace joined CNN's Anderson Cooper 360 as a live guest and gave one of the first accounts of the scene where 10 people died.

Her series of special reports about rising immigrant deaths on the border also won a Lone Star Emmy.

The Texas Associated Press Broadcasters have also recognized her work on numerous occasions.

Other career highlights include, covering the 2012 Democratic National Convention and traveling to Iowa to interview Senator Ted Cruz during one of his trips to the battleground state.

Grace's television career began right here in Houston. In college, she interned with ABC-13, KTRK and decided this was the career she wanted to pursue. Grace is also a former Houston City Hall and White House intern.

After graduating from The University of Mississippi with a degree in Broadcast Journalism, she traveled with the White House Press Advance Team to help coordinate then President George W. Bush's trips to Singapore and Guatemala.

She worked for five years in San Antonio as a weekend anchor and reporter for KABB and WOAI, the Fox and NBC duopoly stations. Grace also worked at WEAR, the ABC affiliate in Pensacola, Florida and KLFY, the CBS affiliate in Lafayette, Louisiana.

When she's not chasing stories, Grace loves to bake! Her homemade chocolate chip cookies have a way of winning over hearts. She's proud to call Houston home with her husband and young son.