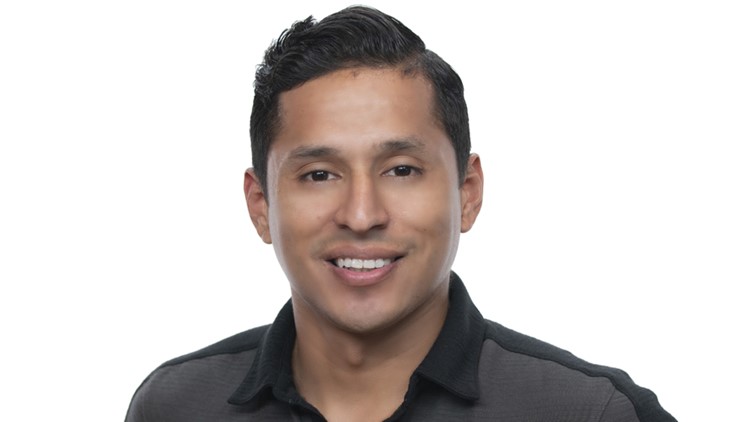 David Gonzalez joined the KHOU news team in April 2018 as a Multi-skilled Journalist. This is David’s second stint as a Texan.

Before calling Houston home David worked in Pensacola, Florida as a Multimedia Journalist for WEAR-TV. In Northwest Florida he covered a wide range of stories including severe weather like two tornadoes to hit the region and Hurricane Nate. His favorite moment is when he flew with the United States Navy Blue Angels in a F/A-18 Hornet over the Gulf of Mexico.

David has also worked in Wichita Falls, TX as an anchor and reporter, and in Tucson, Arizona as a reporter.

David is a first generation American. He was born in Santa Ana, California and raised in a traditional Hispanic household speaking Spanish. He was first in his family to go to college. He earned a Bachelor's degree in Broadcast Journalism from the Walter Cronkite School of Journalism and Mass Communication at Arizona State University in 2010. During his time there he was recognized with several regional Mark of Excellence awards from the Society of Professional Journalists for Television General News Reporting and Television News Photography. In 2010, he was presented with the Mark of Excellence National Award for Television News Photography. He’s a proud Sun Devil.

David is thrilled to be living and working in Houston. If you ever see him around town, feel free to say hello. He loves hearing from the community about what affects them most.

Shoot him an email at dgonzalez@khou.com

Who inspires you the most?

It would have to be my parents. They immigrated from their respective countries in the 70s and 80s and gave my three sisters and I a great upbringing. I want to make them proud with anything and everything I do.

What inspired you to become a journalist?

I grew up watching the news in the morning before going to school. I clearly remember moments that changed the world as we know it like the mass shooting at Columbine High School, the terrorists attacks on 9/11 and Hurricane Katrina. I wanted to help those most affected. I became enthralled by the reporters who got to tell the stories of those most affected.

If you weren’t reporting, what would you be doing?

I’d love to think that I would be working in aviation or criminal justice. I love anything that has to do with planes and flying. I find it fascinating. I wanted to join the Air Force at one point. I also minored in criminal justice. A job in local or federal law enforcement would have been something I would have loved to pursue.

Do you have any pets?

Yes. His name is Pilot (I told you I loved aviation). He’s a 60 pound Terrier Mix. I rescued Pilot in Wichita Falls after doing a story at the local animal shelter.

What do you do during your spare time?

I’m pretty simple. I like to hang out with my dog, workout, travel and spend time with family and friends. I love to socialize and discover new hangout spots so if you have any recommendations send them my way.

The Five People You Meet in Heaven by Mitch Albom. It is short and sweet. It also teaches you a valuable lesson about the impact you can make on someone’s life.

What’ your favorite mobile app?

What was your first job?

Coffee, Tea or Neither?

If you won the lottery, what’s the first thing you would do?

I’d pay off my parent’s home, pay off my student loans and book a nice, long trip around the world.