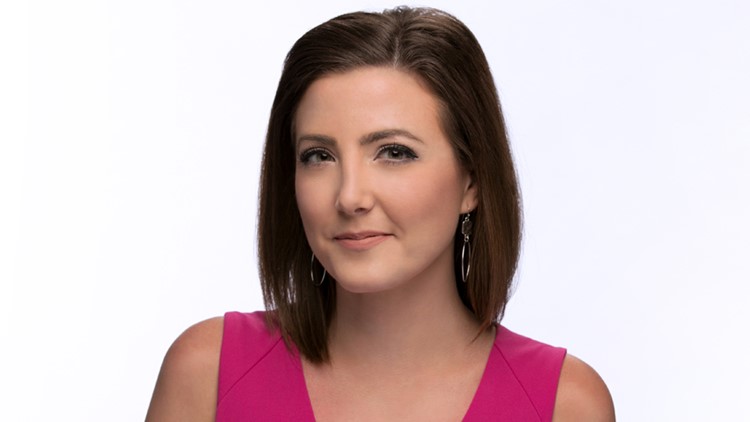 I joined KHOU 11 in 2017 and am thrilled to be able to call Houston home, especially since my hometown has a population of 112. Seriously.

I got my journalism career started back in 2001 when I applied for an internship at my hometown TV station (KPIC TV) and got a job offer instead. I spent the years after that working in cities in Idaho, Oregon and Texas as a reporter, producer, anchor … you name it!

When I'm not working, I'm usually trying to spend as much time with my two kids, snuggling with Bella the Zombie Cat (it's a long story), checking out new bands, sipping on local craft beer or gorging at of Houston's amazing restaurants.

How long have you lived in Houston?

I moved here from Eugene, Oregon, in January 2015.

Where is your hometown?

My hometown is an itty bitty little blip on the map called Umpqua, Oregon. At last count, it had a population of 112.

What is your favorite part about working in TV news?

No two stories are the same, which means every day poses new challenges, offers new opportunities and teaches new lessons.

Who is your favorite band?

That answer changes almost as often as Houston's weather! I am a huge music nerd and love finding new bands, so my "favorite" is always changing. If I had to choose my Top 3, they would be The Dandy Warhols, David Bowie and Metric.

What are your three favorite films?

Roman Holiday, Almost Famous and Vanilla Sky are probably my top picks, though I adore (almost) anything Cameron Crowe directs.

What is always in your refrigerator that you cannot live without?

Coffee, tea or neither?

Coffee, but only because I'm a recovering energy drink addict. It got so bad, my oldest daughter instituted a one-a-day rule.

What are your favorite foods?

I could eat tamales for every meal of every day and have zero complaints.

What is the one thing about you that might surprise people?

I'm not what you would call a runner, but I sometimes run. I've completed two marathons, a handful of half-marathons, more than a dozen 5Ks and the epic 200-mile Hood to Coast Relay (twice!).

What is something without which you wouldn't leave the house?

Definitely my cell phone. It might as well be grafted to me at this point.

What is your favorite midnight snack?

I am mildly ashamed to admit that my go-to snack is "Ants on a Log." Celery + crunchy peanut butter + raisins = deliciousness.

Do you have any pets?

I have a beautiful (and spoiled) Russian Blue cat. Her official name is Bella, but my girls call her Zombie Kitty. It's a long story ...

Do you have any siblings?

I have a younger brother and a younger sister who both live back in Oregon.

What is one place in the world that you would love to visit?

I took five years of French in high school and college, yet I've never been to France! I hope to cross that one off the bucket list soon.

What is your favorite pastime?

Does sleep count? Because it is my favorite thing in the world.

If you didn't work in news, what would you be doing?

I would probably be helping run my grandfather's winery in southern Oregon.

What's your favorite thing about Houston?

In my experience, the people of Houston are kind, thoughtful and open-minded. They are what make this city amazing!